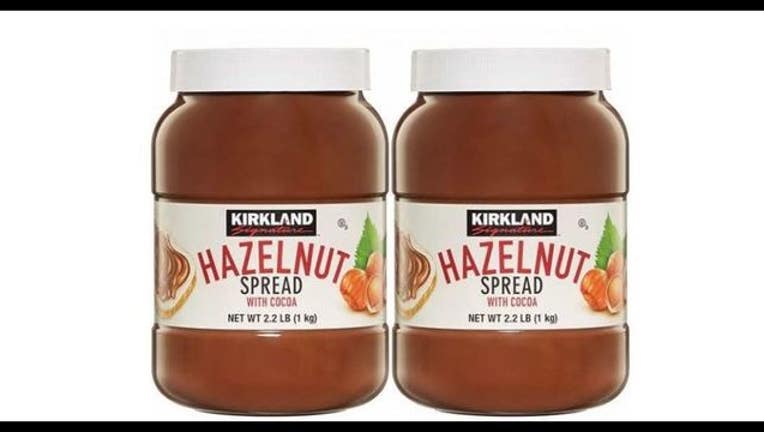 Costco has introduced its own cheaper version of the beloved hazelnut and chocolate spread. (Kirkland)

(FOX NEWS) - Costco’s new spread is giving Nutella a run for their money.

The warehouse chain has revealed they are now selling a hazelnut and chocolate spread under its Kirkland brand, and it’s much cheaper than the original Nutella version.

At Costco, a package of two 35.2 ounce jars of the Kirkland Signature Hazelnut Spread in-store will cost customers $7.99. Online, the spread is listed at a slightly higher $9.99 – however, both of these are less expensive than Nutella, which clocks in at $13.99 for two 33.5 ounce jars on Costco’s online store.

As Food & Wine points out, the Costco version is seven cents cheaper per unit than Nutella, charging $0.14 per ounce verse $0.21 per ounce for Nutella.