Austin City Council has unanimously passed a resolution that lifts public alcohol consumption bans in areas in the east and southeast parts of town.

AUSTIN, Texas - If you take a walk along the intersection of 12th and Chicon streets, you'll find a couple of signs banning alcohol consumption on the sidewalks.

“I think there is always some general underlying racism. You think about the 11, 12th Street and MLK corridors, in the ’90s they were primarily African-American and Latinx communities,” said Austin City Councilmember Natasha Harper-Madison, who represents District 1. 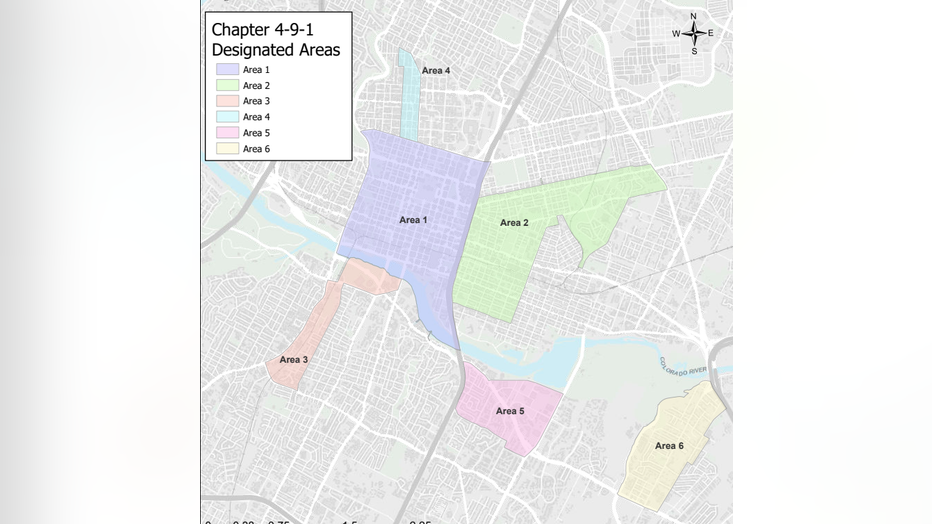 Austin City Council has unanimously passed a resolution that lifts public alcohol consumption bans in areas in the east and southeast parts of town. (City of Austin)

On Thursday, the city council unanimously passed a resolution, sponsored by Harper-Madison's office, that lifts the bans in areas in the east and southeast parts of town.

“It was the product of a resolution that called for us to be able to change an ordinance that was in place that made it so that there were certain parts of town where you can have an open container and others where you couldn't,” said Harper-Madison.

Harper-Madison said it was equity that sparked her interest when looking at this prohibition.

Organizations team up to get people registered to vote

“Equity for me means having access to an amenity and that's exactly how I see it, some personal freedom. Having a beer in your neighborhood is a personal freedom and having it in one part of town and not the other, that is not equity,” she said.

“The fact that it was this huge red circle of places where you can’t drink on the east side is very much evidence this was basically a racist policy,” said Chas Moore, executive director of the Austin Justice Coalition.

RELATED: Austin businesses get creative to mitigate impact of COVID-19

Moore is not surprised about the old ordinance, citing an old masterplan from the early 20th century.

“When you look at the historically, the 1928 master plan, all the way up until now, the congregation of black and brown people it has always been the east side. When we looked at the map of the drinking prohibition it was literally, I think all of Guadalupe by UT and just bled over to the east side. There was very little to no prohibition on the west side,” said Moore.

The University of Texas, The Drag, Downtown Austin, as well as an area directly south of the bridge will keep the restrictions in place. In the meantime, advocates feel this is a step in the right direction for all of Austin, which includes east siders.

“The least they can do on a nice summer or hot fall they can enjoy a nice beer or glass of wine outside without having to worry about police showing up,” said Moore.