The couple is accused of renting an apartment for the girl and moving to Canada. They claim that she is actually an adult and that the adoption was a 'scam.'

LAFAYETTE, Ind. - An Indiana couple accused of abandoning their 11-year-old adopted daughter claims she was actually a 22-year-old woman with a form of dwarfism who is a diagnosed psychopath and sociopath, according to reports.

Michael Barnett, 43, and his now ex-wife Kristine Barnett, 45, adopted the girl in 2010, two years after she came from Ukraine to the United States through a different adoption process, WISH-TV reported, citing court records. A doctor who examined her that year determined she was about 8 years old.

The couple allegedly rented an apartment in Lafayette in July 2013 and, despite knowing that the child knew no one in that city, left her there and moved to Canada, investigators wrote in a probable cause affidavit filed in the case.

Michael Barnett told detectives earlier this month that other than paying the apartment’s rent, they provided the girl with no financial support, according to the affidavit. 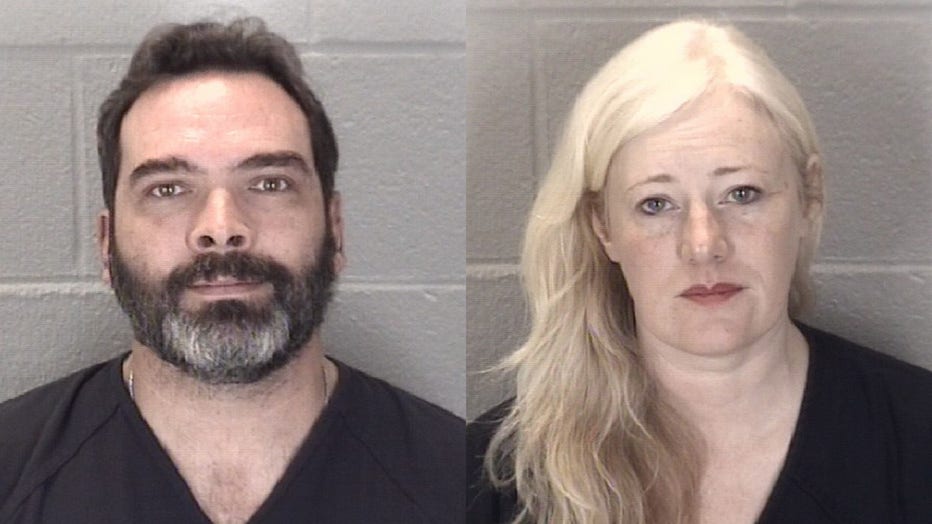 The couple had the girl’s age legally changed to 22 in June of 2012, WISH-TV reported. Kristine Barnett allegedly told her to tell anyone who asked that she “looks young but was actually 22.”

The girl has a form of dwarfism called spondyloepiphyseal, which could make an exact age difficult to determine, according to the local station.

In 2014, the girl told a detective with the Tippecanoe County Sheriff’s Department that she lived with the Barnetts in Hamilton County, just north of Indianapolis, for about two years, after which they rented the apartment for her in Lafayette, located about 60 miles northwest of Indianapolis.

“She was left alone in the apartment in Lafayette while the rest of the Barnett family moved to Canada,” investigators wrote in the affidavit, adding that the girl hasn’t seen the Barnetts since.

Prosecutors filed neglect charges against the couple on Sept. 11. They surrendered to authorities and were released from a Tippecanoe County jail on a $5,000 bond, court records show.

It was unclear how long the girl lived alone in the apartment before her situation was discovered, and why an investigation that apparently began in 2014 took years to result in charges against the Barnetts.

Kristine Barnett claimed she learned of the charges when contacted by WISH-TV earlier this month. She told the local station that the situation with the girl was “complicated” and claimed the girl was diagnosed as both a psychopath and sociopath, according to the station.

Barnett also said the adoption was a “scam” and she has been an adult the entire time she’s known her, but refused to provide additional details, WISH-TV reported.

In an interview with the Daily Mail, Kristine Barnett said the girl was actually a woman conning people into believing she was a child. She claimed in the interview that the girl allegedly threatened to stab them in their sleep, pushed Kristine into an electric fence and poured bleach in her coffee.

Michael Barnett's attorney filed a petition on Sept. 18 to release the girl's mental health records, according to the Lafayette Journal & Courier. A closed hearing on Oct. 15 will decide whether those records will be released and used in Barnett’s defense.