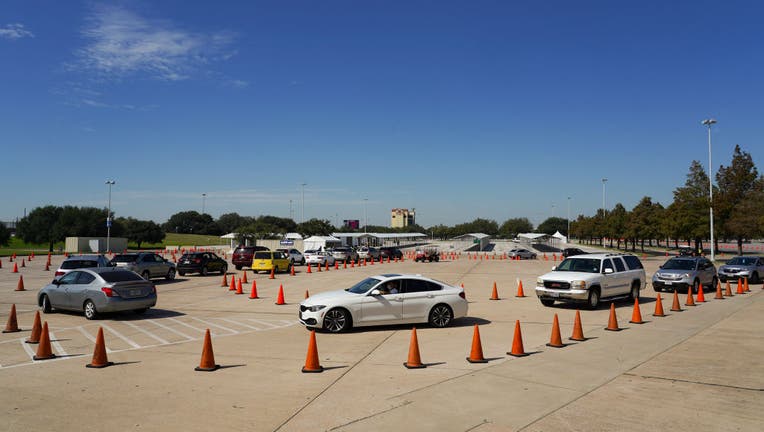 AUSTIN, Texas - A federal appeals court has reinstated a limit on the number of mail ballot drop-off locations in each county in Texas.

The 5th Circuit Court of Appeals late Monday issued a stay of a federal judge’s ruling on Friday that Republican Gov. Greg Abbott’s order is a likely violation of a voter’s right to vote. Early voting was starting Tuesday in Texas.

“Leaving the Governor’s October 1 Proclamation in place still gives Texas absentee voters many ways to cast their ballots in the November 3 election,” Judge Stuart Kyle Duncan wrote in the opinion. “These methods for remote voting outstrip what Texas law previously permitted in a pre-COVID world. The October 1 Proclamation abridges no one’s right to vote.”

Harris County Judge Lina Hidalgo toured the only mail-in ballot drop-off location in the county after Texas Gov. Greg Abbott limited it to one in each county across the state. Hidalgo says she's disappointed by the governor's order but is making sure everything is smooth for voters despite it.

Abbott’s order limits each county to one location in each county where voters could drop off mail ballots during early voting for the November elections. The appeals court, however, noted that the order also provides Texas voters with 40 additional days to vote absentee and they have many ways to cast ballots, including hand-delivering them or mailing them.

“These methods for remote voting outstrip what Texas law previously permitted in a pre-COVID world. The October 1 Proclamation abridges no one’s right to vote,” Duncan wrote.

Abbott said the limit on drop-off sites is needed to ensure election security, while Democrats and voting rights groups, including the League of United Latin American Citizens, called it an effort to suppress voters.