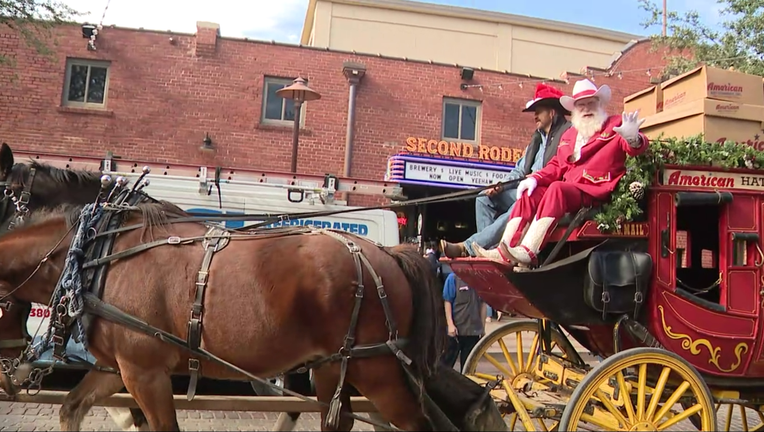 FORT WORTH, Texas - Cowboy Santa rode into the Fort Worth Stockyards in style with a full parade celebrating his arrival.

The southern Saint Nicholas donned his normal red suit but opted for a white hat and cowboy boots to complete the look. He also brought some holiday carolers with him along with Mrs. Claus, who hosted a storytime.

Ethan Cartwright, a spokesperson for the Stockyards, says the entire area is decked out with lights and decorations ready to celebrate Christmas.

"We've put more lights up than ever before," he said. "I believe you could probably see the Stockyards from outer space if you were so fortune as to be in a space capsule."

Mr. And Mrs. Claus have set up their workshop, and it'll be open from now until Christmas Eve. It's located at Mule Alley inside the Stockyards.