AUSTIN, Texas - The Dallas Cowboys are going to have to move on, without Dak Prescott. The starting quarterback's season ended Sunday when he broke his ankle during a tackle against the New York Giants.

Late in the third quarter, Prescott was tackled on a nine-yard run.

What happened next was devastating to all who were watching. “Obviously losing Dak is probably the biggest thing that could happen to this team,” said Cowboys wide receiver Ceedee Lamb. 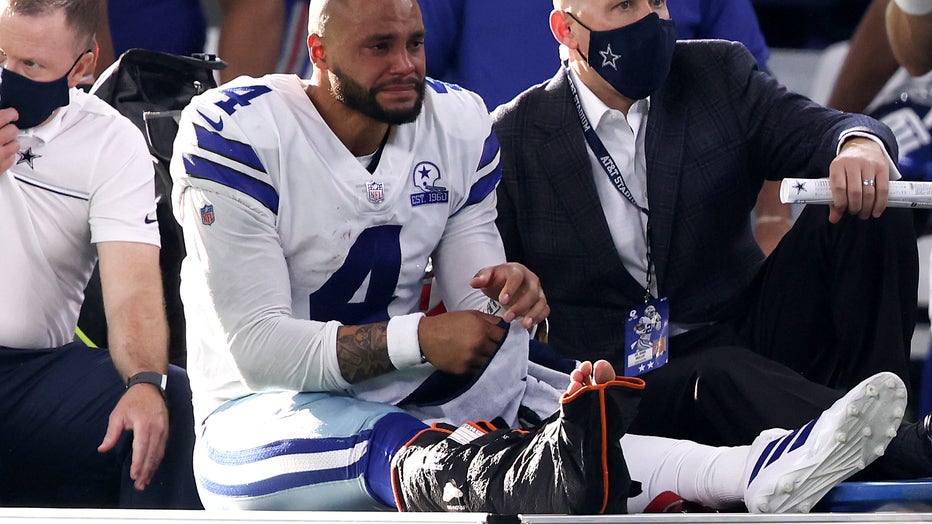 ARLINGTON, TEXAS - OCTOBER 11: Dak Prescott #4 of the Dallas Cowboys is carted off the field after sustaining a leg injury against the New York Giants during the third quarter at AT&T Stadium on October 11, 2020 in Arlington, Texas. (Photo by Tom

And while the Cowboys may have won on Sunday, the news of #4, still feels like a loss to many. “It sucks to see a warrior go down like that,” said Cowboys running back Ezekiel Elliott.

But, doctors we spoke with say this shouldn't be a career-ending injury.

Doctors with Dell Medical School say the injury Prescott sustained, a compound fracture and a dislocation in his ankle, isn't that common. They see that - maybe once a year. But, pointed out that athletes have an advantage when it comes to the recovery process.

“It’s not that the tissue repairs faster, it’s just that in general, they have tissue that is in a state that has been higher developed," said J. Mica Guzman, a sports medicine specialist.

Another thing Guzman mentioned was Prescott’s mentality. Saying even when he was on the field, he was trying to put his ankle back in place. Adding that mental toughness will help when it comes to recovery.