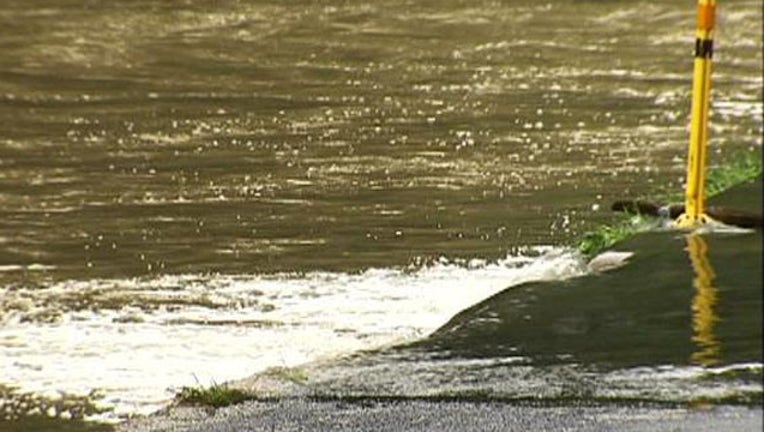 When severe weather hits Central Texas, it creates dangerous driving conditions especially at low water crossings, which can be deadly.

Turn around don't drown has become the flood motto in the area.

"When we have heavy rains come in, we come here to the office of Emergency Management Operations, says Austin's Tomas Rodriguez. He's an engineer with Austin's Early Flood Warning System. He and his team predict where floods might occur.

"We monitor the field crews and send them out to locations so we can get the roads barricaded that create dangerous conditions for motorists," he explains.

His team keeps an eye on low water crossings around the clock during heavy rains.

"We have a number of low water crossings around city which are called flood switches," he says. "When the water reaches a certain level, the switch floats and it trips the switch and it sends a message back to us."

That message means there's flooding or it's about to happen.

There are also three cameras set up in flood prone areas. Rodriguez says they only cost about $300 each, but with installation, the storage, and the data plan to send the video back; the pilot is costing the city $6,000 a camera for two years. They have submitted a proposal requesting thirty more.

"It's been successful for us to give us a view of what's going on in the field and residents in those areas can go to ATXFloods.com and click on the camera and see the conditions in real time."

The city launched that website about two years ago. Rodriguez programmed it himself.

What started out as something just for Austinites has "grown organically," according to Rodriguez. Eleven other areas are now participating. Rodriguez says Lee County is the latest to sign up to participate. They are just east of Bastrop. Rodriguez says the last round of bad weather prompted them to get on board.

"Each one of those jurisdictions can log into the ATXFloods.com dashboard and update their own low water crossings and they typically have their own methods for managing that," he explains.

He says those include firefighters, and law enforcement. Here in Austin, the crews are made of Austin's Watershed department, who pitch in to barricade during emergency weather conditions.

There's no cost he says for the other areas to participate. But he says, there are challenges as it takes about ten minutes for the website to update.

"We don't want people to rely too much on the site. We want them to use their own judgement their own situational awareness." And he stresses, "if they see water on the road, remember turn around don't drown."

The hashtag #ATXFloods is also growing on Twitter as a quick update for low water crossings in Central Texas.