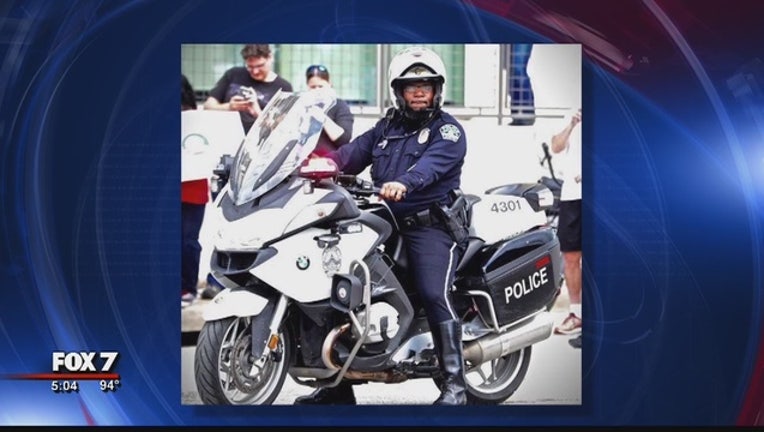 AUSTIN, Texas - After losing an officer to a crash during a funeral procession, Austin Police Chief Art Acevedo is looking to determine whether helping with these processions is worth the risk. It is possible his department may quit participating.

In this week's Crime Watch, FOX 7's Noelle Newton looks into the policy that has remained unchanged since 1992.

On Thursday, September 1st, APD Officer Amir Abdul-Khaliq would put on his uniform for the last time.

His fellow officers say a vehicle made an illegal turn cutting through a funeral procession into Abdul-Kahliq's path. The lights on his bike continued to flash as he was taken to the hospital.

He would die there three days later.

"He served in a manner that set an example for our department, for our men and women. It never ceases to amaze me in 30 years, we always lose the best. Always. And that's because the best are always working, always serving, always looking to do things to make our community better," said Chief Art Acevedo.

After seeing Abdul-Khaliq suffer in such a terrible way, Chief Art Acevedo questioned whether his officers should continue guiding funeral processions.

"I just lost a cop. I lost a man that leaves behind five children. We're going to take some time to take a hard look. It is what it is we're either going to do them or we're not taking unnecessary risks. Or we're not going to do them at all and somebody else can do them, but it won't be our department," said Acevedo.

Austin Police Association President Ken Casaday points out the fact that the city code for a funeral escort has remained unchanged since 1992. Officers participate on a department contract basis in uniform. Therefore Abdul-Khaliq's death is considered an on duty death.

They drive personally owned motorcycles, which according to city code may not display a decal, sign or other insignia that resembles a police or law enforcement. No siren is allowed.

Casaday says one option Acevedo is looking into is putting funeral escort duties under the Special Events Unit, therefore using officers on duty on marked motorcycles with sirens.

"It's worked so well for such a long time. It takes a tragedy like this to shine a light on short-coming with policy or ordinance. I'm glad the chief is looking at it. I think it will make a safer environment for officers," said Casaday.

Officers across the country have lost their lives in similar ways.

According to the Officer Down Memorial Page, Tuscaloosa, Alabama Officer Trevor Phillips was killed in a crash in May of 2011 when a vehicle attempted to exit the procession in his path.

Days later Hawthorne, California Officer Andrew Garton did after colliding with a patrol car during an escort for a fallen officer.

In March of 2015 El Paso Officer Adrian Arellano died when he was struck by a vehicle while guiding funeral vehicles through an intersection.

Back in Austin, one death is too many.

"It's a huge loss for APD," said Casaday.

Chief Acevedo says he will have a decision about a policy change within the next week.