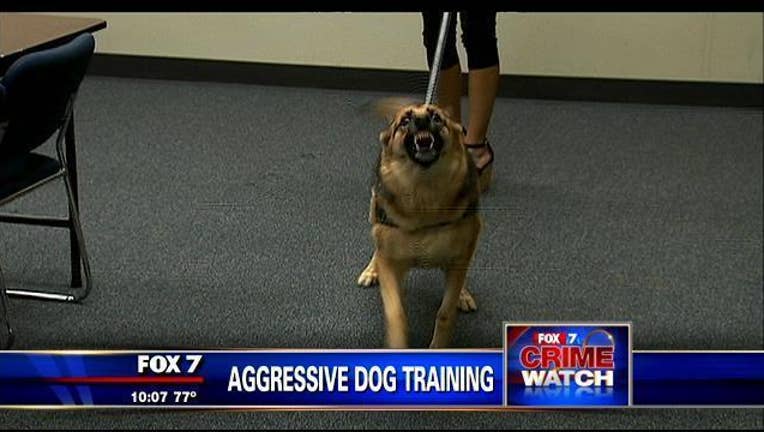 AUSTIN, Texas - The Austin Police Department is trying to prevent fatal dog shootings. All 1,700 officers have just completed a course on how to deal with aggressive animals. FOX 7 spoke with the man behind the training.

In dash camera video from Cookeville, Tennessee, officers pull over a vehicle they believe matches the description of one involved in a robbery.

The occupants are instead a family. As they are removed from the car, their dog comes out. Officers fire and kill it.

"I'm not going to stop every dog shooting that's out there, but if I can put a dent in it by giving training and slow it down a lot then I'm doing my job," said Osorio of K-9 Encounters Law Enforcement Training.

Osorio has trained Round Rock and Leander police. He most recently provided training for all of APD's officers.

APD has been involved in several controversial dog shootings in recent past. The last fatal shooting was in April involving dog Roscoe. Officers were cleared of any wrongdoing in that case.

Osorio wants a gun to be an officer's last resort.

"That's what my class is about. I want to teach them everything else but pulling your firearm," said Osorio.

Osorio brings his dog Cora with him to show the difference between aggressive and non-aggressive behavior.

Osorio teaches officers to have a less lethal tool ready, but out of the animal's sight at first approach. He says it's a must that officers talk to the animal.

"How I'm talking now is how you would talk. The reason you would do that is because you are telling the dog you're not a threat. I tell officers don't yell and scream, cause if you yell and scream they're gonna think you're a threat," he said.

In 2012, the department enacted a new dog policy ordering staff go through an online course after a dog named Cisco was fatally shot. But Osorio says there is no comparison between that training and what he offers.

He encourages other departments to invest in training.

"Shouldn't have to wait until an incident happens or something happens you should be training your officers 'cause they're going to be dealing with this all the time," Osorio said.

We've broken down the incident reports where Austin police officers used their firearms against what they deemed as dangerous dogs: