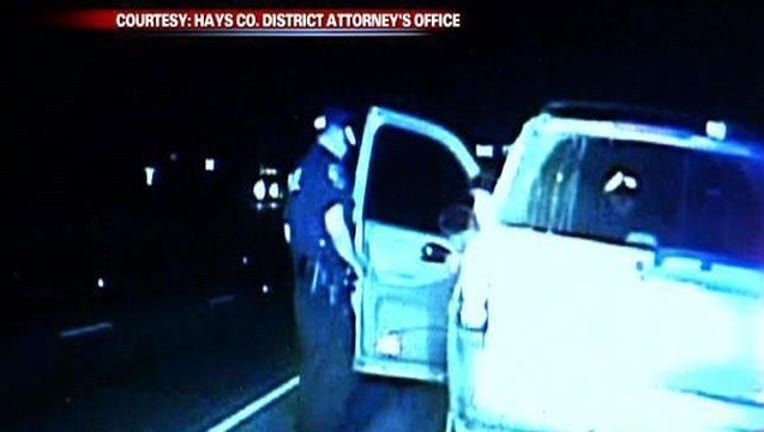 HAYS COUNTY, Texas - There are 32 people serving life sentences for drinking and driving in Texas. Williamson County ties for sending the most offenders to prison, but Hays County just may take the lead.

Officer: "How much have you had to drink tonight Rose?"

Davidson: "I had two drinks earlier."

Officer: "You had two drinks earlier? What kind of drinks?"

In 2010 a Hays County jury found her guilty and sentenced her to life in prison.

Two years later jurors would hand down the same sentence to Luis Govea.

Hays County District Attorney, then an assistant district attorney, Wes Mau, was the prosecutor on the case.

"You've got a person who is an incorrigible drunk driver. You can't expect them not to drive intoxicated as long as they're not incarcerated," said Mau.

Govea was given a compassionate release from prison for liver disease. In February of 2012, he was arrested again. He is now back in prison to stay.

"That person is a danger to society," said Mau. "If life is the only way to protect that person from society then that's what we have to do."

The most habitual offender is Gary Gibbs. In 2005 he was sentenced to life in for his 8th conviction.

Hays County currently has three offenders in the system who could be sentenced to life: David Lore, Chris Solis and Ernest Tamayo.

'It's not that they're necessarily out to hurt anybody, but they are a risk to everybody," said Mau.

Which in Mau's mind is why repeat drunk drivers qualify for a sentence that in some cases may be even tougher than violent crimes.

"There are certainly going to be aggravated assault cases, homicide cases, things like that where people may even get less than a life sentence but drunk driving cases are a lot of times a little different than that," said Mau. "It's kind of like someone telling you I'm going to walk around with a loaded hand grenade all the time and you can't stop me. You know, what do you do?"