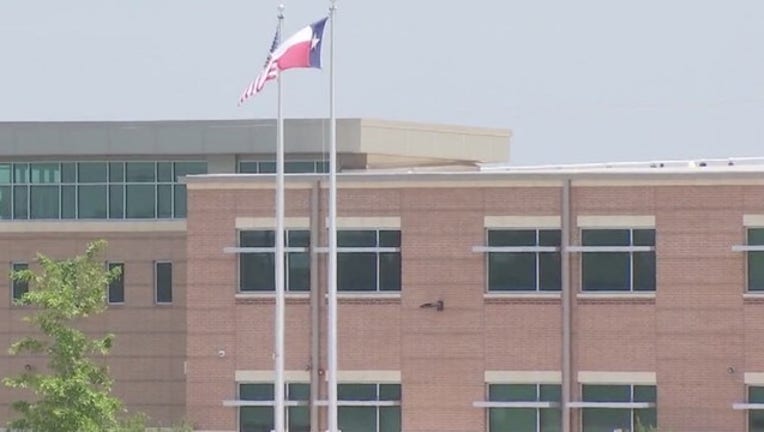 PFLUGERVILLE, Texas - April 23 began like any other school day for a Weiss High School ninth grader outside of being a little late for class.

"I went to my fourth period, I got to the door and the bell rung and he was like go get a tardy pass and like closed the door in my face," she said.

Once in the hallway, she says she then ran into a fifteen-year-old boy who she was not fond of.

"He was like hey skip with me. I was like I'm not skipping class I need my education," she said. "He started talking about how he wanted me and things like that."

At that point, things began to take a turn for the worse.

"He started getting flustered with me because I kept saying no," she said. "He ended up pulling me in the restroom and doing what he did and then when I went back to class, everything was more of like a blur. I remember talking to another student, and she said you need to tell your mom. I was like, my mom would probably kill someone."

The ninth grader says she was sexually assaulted that day and it was a challenge to tell someone other than a classmate. "I just kind of like...tried to live with myself for a couple weeks and eventually got over it," she said.

Two weeks later she says the word got out, but not the way she wanted it.

"People were saying I was lying, and I was crazy, I was a girl for everybody," she said.

School administrators interviewed her and the Pflugerville ISD Police Department opened a case, however the case did not go forward. "If something this serious happened on your campus, you're supposed to do everything possible to protect her," said her mother.

"How can you tell an alleged victim that if they did it, they did it willingly, I have a problem with that," she said.

When she tried to get a hold of the video, she was told it's no longer was available. Ultimately, what she wanted and continues to want is the best for her daughter.

"Why is this little boy still walking the school? Why didn't they give her the option to say hey, no, I don't want him around me?" she said.

Pflugerville ISD declined an interview, but did provide this statement:

By sharing her story, the student hopes other victims of sexual assault will not be afraid to tell someone...but she also hopes mostly that her administrators and the law can be on her side.

"You don't want to sit there with a burden on your shoulders, like wow this really happened...you want to tell someone so this person doesn't go out and do it to the next person," she said.