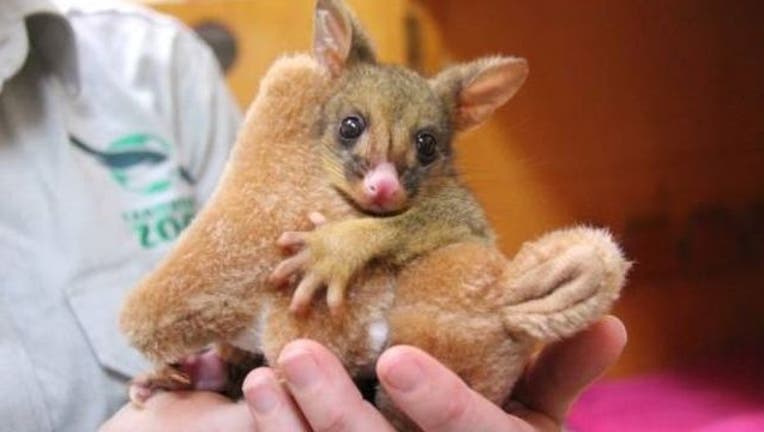 It’s an image that could thaw the coldest of hearts – an orphaned baby possum cuddling a toy kangaroo.

The four-month old animal has become something of a social media sensation after Taronga Zoo in Sydney, Australia, released a photo of the possum and her ‘friend’. An image of the possum posted on Taronga Zoo’s Facebook page Tuesday has garnered more than 7,000 likes.

The Brushtail Possum, nicknamed "Bettina", clings tightly to the toy kangaroo while feeding and sleeping, according to staff at Taronga Zoo. “At this age she would naturally still be with her mother, so the soft toy gives her something to snuggle for comfort,” said Taronga Zoo vet nurse Felicity Evans, in a press release. “It’s not as fluffy and woolly as an adult Brushtail Possum, but she clings to it using her claws and teeth as she would do with mum in the wild.”

Bettina was brought to Taronga Wildlife Hospital in September, after being found alone and suffering from dehydration in the Sydney suburb of Mosman. The baby possum, or joey, received first aid and has since made a remarkable recovery.