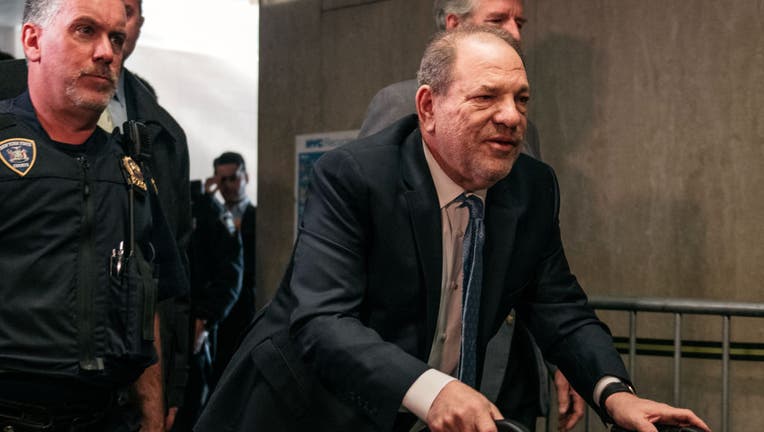 Los Angeles County prosecutors filed three new counts each of forcible rape and forcible oral copulation against Weinstein, who is behind bars in New York after being convicted there of sexually assaulting two women.

Weinstein, 68, could face up to 140 years to life in state prison if convicted as charged, according to the District Attorney's Office.

Los Angeles County District Attorney Jackie Lacey said in a written statement that she is "thankful to the first women who reported these crimes and whose courage have given strength to others to come forward."

"The willingness of these latest victims to testify against a powerful man gives us the additional evidence we need to build a compelling criminal case," the county's top prosecutor said.

In July, the District Attorney's Office announced that it had filed court papers to move the extradition process forward, and an extradition hearing is set Dec. 11 in Buffalo.

It remains unclear exactly how soon Weinstein will be brought to Los Angeles County.

The case remains under investigation by the Los Angeles and Beverly Hills police departments and the District Attorney's Bureau of Investigation.