LANCASTER, Pa. - Officials are investigating after a man was shot and killed by police Sunday afternoon in Lancaster.

Police say 27-year-old Ricardo Munoz was fatally shot by an officer who was responding to a domestic disturbance call on the 300 block of Laurel Street around 4 p.m.

Authorities say the officer was responding to a domestic disturbance call when the suspect began chasing him with a knife.

The Lancaster County District Attorney's office will lead an investigation into the shooting.

According to the office, body camera footage that was released late Sunday shows Munoz emerge from the inside of the house and run towards the officer when he arrived at the residence. 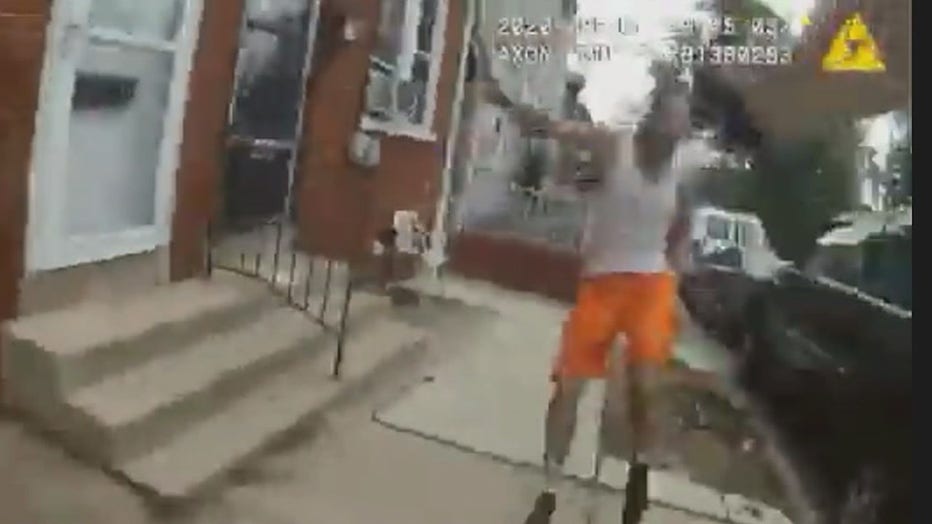 Officials said Munoz was brandishing a knife above his head “in clear view” and “in a threatening manner” when the officer fired at him. Munoz died at the scene and no one else was struck by gunfire, according to the DA's office.

Crowds of protesters flooded the streets in protest of the fatal shooting. Some crowds marched to the city’s police station and reportedly could be heard chanting “this is what democracy looks like.”

“A police-involved shooting has significant impact on a community, as we are seeing with the large number of individuals gathering in the streets,” District Attorney Heather Adams said in the release. “However, I am asking that all reaction be tempered as the investigation is ongoing.”

Lancaster Online reporters were on scene as tear gas was used on protesters who gathered following a deadly police involved shooting.

A “final determination on the use of force” will be made by Adams, according to a news release.

“We ask that acts of protest remain peaceful as violence and destruction of property will become headlines and serve no purpose for the safety and wellbeing of our citizens and neighborhoods,” the office said.