A valuable Salvador Dalí etching worth $20,000 was stolen from a gallery in the heart of San Francisco Union Square on Sunday. The person suspected of taking the artwork is apparently seen on surveillance video making a nonchalant dash for it down Geary Boulevard.

SAN FRANCISCO - An original Salvador Dalí etching worth $20,000 was stolen from a San Francisco Union Square gallery on Sunday.

The hand-colored etching, titled The Burning Giraffe, is described as one of the the surrealist's most important pieces from the 1960s. It was taken from the Dennis Rae Fine Art Gallery located at 351 Geary Boulevard at Powell Street.

Surveillance video from the Handerly Hotel nextdoor shows the purported thief walking off with the valuable artwork. The gallery's associate director said the theft happened at around 4:30 p.m.

"I turned my back to do something or talk to somebody. I was in the back of the gallery and when I turned back, it was gone. Bam. Just like that," said Rasjad Hopkins the gallery's associate director.

The gallery is small and Hopkins said he was only about 20 feet from the artwork when it was stolen. He said the artwork was on an easel and that it would normally be tethered with a chord, but it was not clear why it was not secured.

"It was a tall guy, wearing a typical hat, a colorful shirt. He was heading down the street with it under his arm. I've never seen him before," said Hopkins. "I was upset. I couldn't sleep last night. I felt so bad about it."

He showed KTVU reporter Amber Lee a photograph of the stolen etching. The piece, inspired by Pablo Picasso, had been on display at the gallery for three weeks.

The gallery has reported the theft to police. The 20" x 26" etching was framed.

According to Hopkins, theft is not a common occurence at the gallery. He hopes that by telling police, they can get the word out and that it will lead to the famous artwork. But unfortunately, Hopkins said stolen art is rarely recovered. 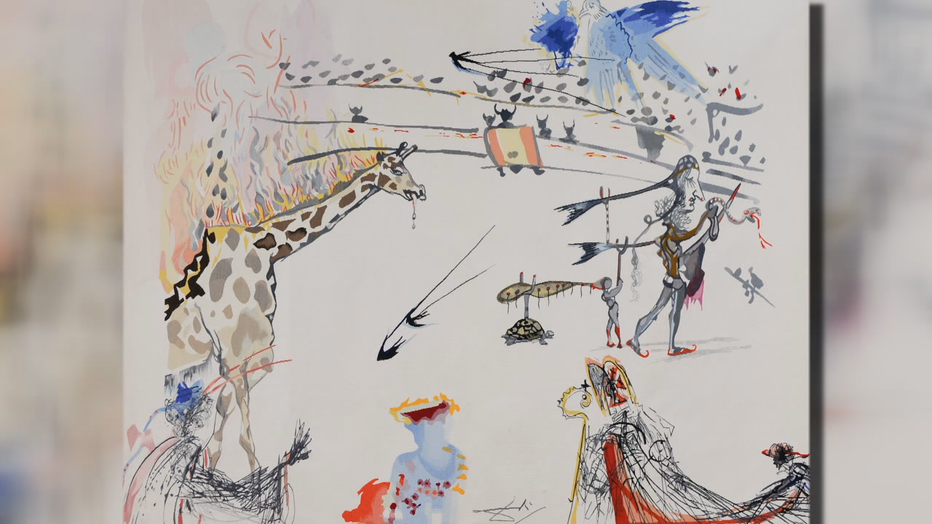 A $20K Salvador Dali etching was stolen from a SF art gallery.