A mother was sentenced to six years in prison after she admitted to medically abusing her child. Prosecutors say she subjected him to unnecessary and painful surgeries and procedures over eight years.

DALLAS - A mother was sentenced to six years in prison after she admitted to medically abusing her child. Prosecutors say she subjected him to unnecessary and painful surgeries and procedures over eight years.

Her son, Christopher Crawford, had 13 major surgeries and hundreds of doctor visits over the first eight years of his life.

Child Protective Services removed him from her care in 2017 after doctors determined he didn’t have cancer or many of the symptoms she reported. 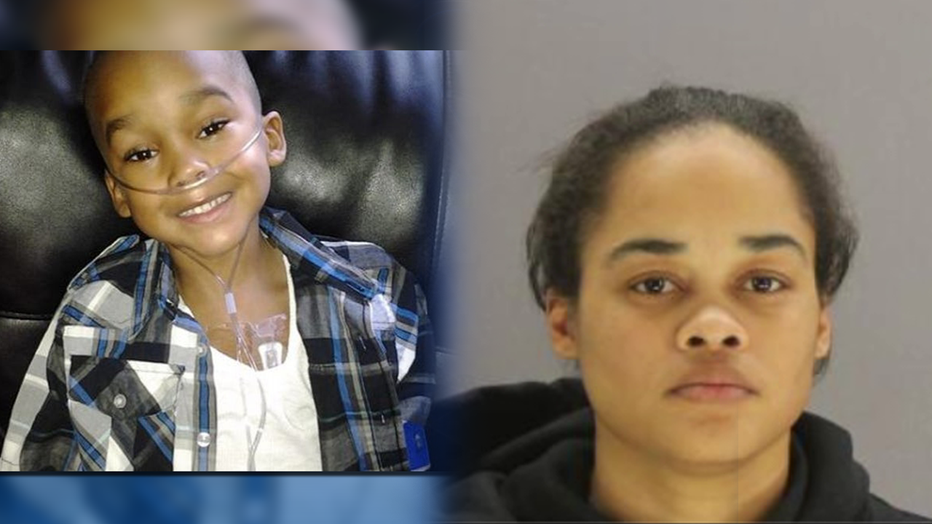 Christopher is now thriving in the care of his father, who won custody two years ago.  He spent the first eight years of his life with a feeding tube inserted in his stomach. At times, he was placed on oxygen and restricted to a wheel chair.

A judge decided on a 6-year prison sentence for Bowen-Wright. She was facing up to 20 years in prison.

The boy’s father, Ryan Crawford, testified during Bowen-Wright’s sentencing hearing Friday morning. He said originally judges did not believe him when he told them his son was healthy.

An expert also testified that doctors gave Christopher a feeding tube based on his mother’s description of his problems with food. It was later determined to be unnecessary.

“Doctors don’t care for lawyers and are afraid of getting sued,” said Suzanne Dakil, with Children’s Medical Center. “It is terrifying if a mom says this is what is happening to my child. Help. Our instinct is to try to make it better.”

Dakil testified on two occasions that Christopher suffered life threatening infections because of the unnecessary treatments. She testified that Christopher went to hospitals and doctors more than 300 times and even received 13 major surgeries as a result of his mother’s description of problems to doctors.

“No one ever believed me,” Ryan said. “Not to be able to take care of my child really hurt me.”

When Christopher was 6 years old, doctors at Children’s Health realized that Christopher did not have the problems his mother said he did.

Children’s Health filed a CPS report in 2015 and a second report in 2017. That is when Ryan finally received custody, and the feeding tube instrument was removed.

While it may seem like 8 years was a long time for doctors to perform 13 surgeries on a child who wasn’t even sick, a Harvard medical school expert says it usually does take an average of five years for doctors to connect the dots since so much of treatment relies on a mother’s description of symptoms.

Catherine Ayoub testified that mothers who impose fake illnesses on their children know what they are doing.

“It is premeditated,” she said.