After a Waukesha County jury convicted her son of 76 charges in the Waukesha Christmas parade attack, Darrell Brooks' mother called for mental health awareness and referred to her son as a "caged bird."

WAUKESHA, Wis. - Dawn Woods, Darrell Brooks' mother, spoke with FOX6 News in the hours after a Waukesha County jury convicted her son on 76 charges for murdering six people and injuring more than 60 others in the Waukesha Christmas parade attack Nov. 21, 2021. Woods referred to her son as a "caged bird" and said she hopes the guilty verdicts handed down by the jury Wednesday, Oct. 26 and this case, in general, will raise awareness of mental illness.

After deliberating for less than three hours, the jury found Brooks guilty of six counts of first-degree intentional homicide for killing Virginia Sorenson, LeAnna Owen, Jane Kulich, Wilhelm Hospel, Tamara Durand and Jackson Sparks when he drove through the parade route after a fight with his ex-girlfriend near Frame Park. He was also convicted of 61 counts of first-degree recklessly endangering safety for the victims hurt in the parade attack. The jury also found Brooks guilty of six counts of hit-and-run, involving death, two counts of felony bail jumping and one count of battery/domestic abuse.

Just one homicide conviction carries a mandatory life sentence, so we now know Darrell Brooks will never again be a free man. 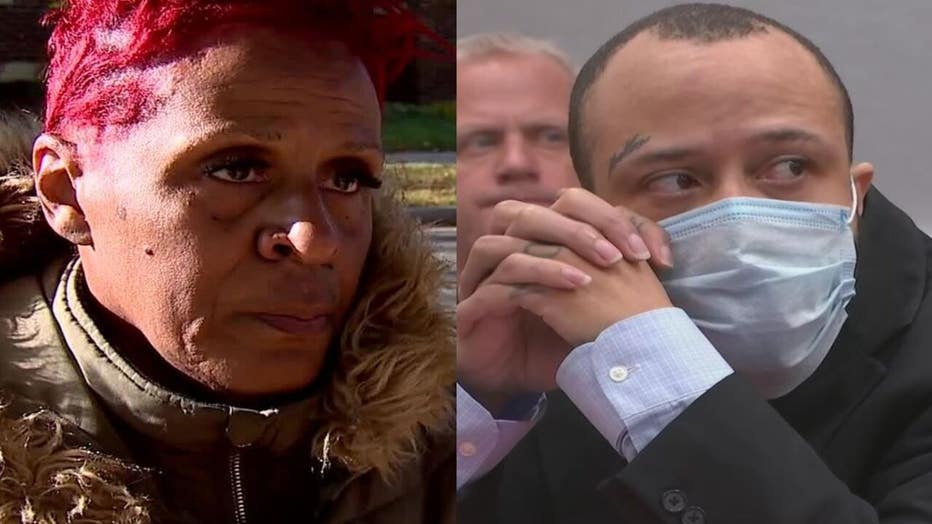 "People need to understand mental illness and understand people who are mentally ill are hurting," said Dawn Woods, Brooks' mother. "They're trapped, and a lot of them don't know the way out. Show compassion. The families who have loved ones that are suffering from mental illness, a lot of them are ashamed to even talk about it, or they say, 'He crazy,' and don't want to have anything to with him but you need to, those people need the help more than anything. Seek out treatment where there is. Speak up for them. Be an advocate for them, and then when you see people out in the streets, you see 'em acting and you just laughing and joking, you know, stop and say a prayer."

Brooks pleaded not guilty by reason of mental disease earlier this year but withdrew the plea before his trial began with no explanation. Days before the trial started, he dismissed his public defenders, representing himself in the case.

Dressed in a suit and tie, he silently rested his head on folded hands as the verdicts were read Wednesday morning. At one point, someone in the gallery yelled, "Burn in hell, you piece of (expletive)." Brooks' subdued demeanor upon the reading of the verdicts was a stark departure from previous days of the trial when his sometimes-outrageous behavior drew rebukes from the judge. Brooks got into daily arguments with the judge that often devolved into shouting matches. At one point, he glared at Dorow so intensely she took a recess because she said she was scared of him. Multiple times, she moved him into another courtroom where he could watch the proceedings via video and she could mute his microphone when he became disruptive. 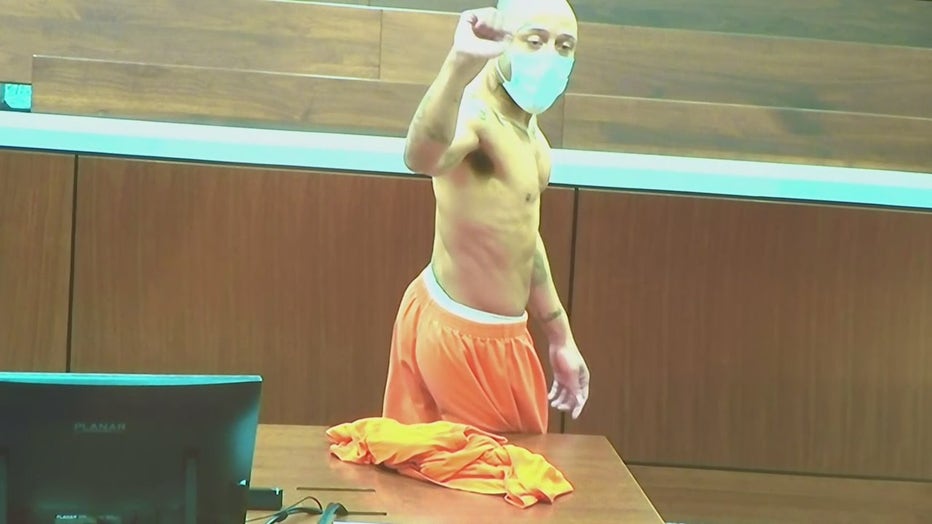 One day, after he was moved to the other room, he stripped off his shirt and sat bare-chested on his table with his back to the camera. On another day, he built a barricade out of his boxes of legal documents and hid behind it. On yet another, he held up a Bible so no one could see his face on camera and tossed his copy of the jury instructions into the garbage.

"I learned that poem in the seventh grade for Black History Month, and I never thought about that poem again and the Lord brought it to my memory," said Woods.

The poem reads as follows:

"I remember back when I was a child, my grandma had a pet parakeet named Jerry, and he, I remember that so vividly. She would walk to the cage and Jerry would sing. He had a beautiful singing voice, and we all thought Jerry was happy because he would sing and twit and his cage was right in front of the window where he could look out in the backyard," said Woods.

"But then when I, the Lord brought that poem to me, I pulled it up again, and I read it again and I realized the bird wasn't singing because it was happy," Woods continued. "That bird was singing because he wanted to be out of that cage and be free."

Woods then referred to her son as a "caged bird."

"Mental illness has clipped your wings, and those prison bars are going to be your cage and no one's going to hear you sing because it's going to fall on deaf ears," said Woods.

Woods said she told her son that he needs to "keep singing till someone hears him." 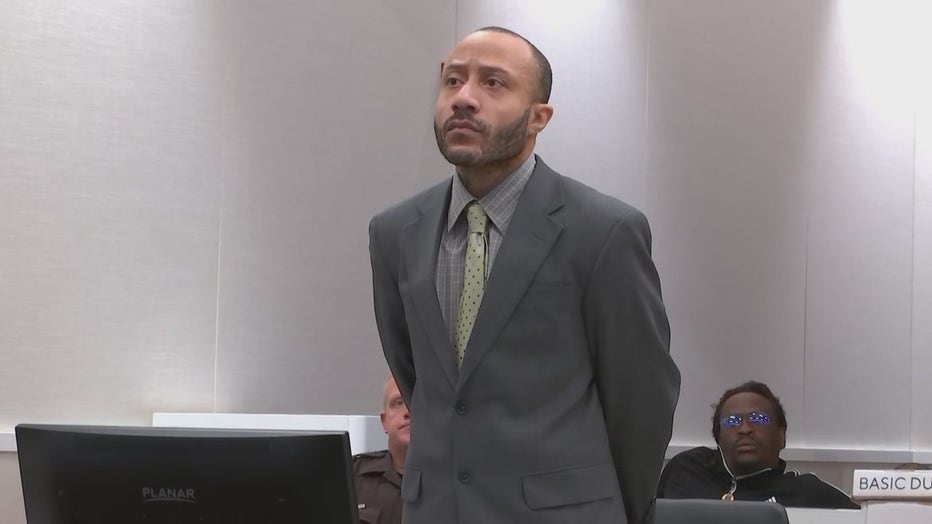 "Hopefully, someone, this will bring awareness to mental illness via our senators, and our governors and elected officials, court, police," said Woods. "And when these people come before the penal system, instead of locking them up, say, 'Hey, what can we do to help this person become mentally well?' That's what needs to happen."

FOX6's Mary Stoker Smith: "Do you think he can get help?"

"No," said Woods. "Very little help is done for individuals who are incarcerated with mental illness. That's why I wanted him to go to a hospital where he can still get treatment, but that won't be. He will be behind prison, where he will not get any services."

FOX6's Mary Stoker Smith: "So it sounds like you don't think (the verdict) was fair."

FOX6's Mary Stoker Smith:  "Do you think he should have done any prison time?"

FOX6's Mary Stoker Smith: "What do you think he should have gotten?"

FOX6's Mary Stoker Smith:  "Will you be at sentencing?"

"No because I already know," said Woods.

Darrell Brooks' mother wants to 'curl up and die' after verdict

Dawn Woods spoke with FOX6 News in the hours after a Waukesha County jury convicted her son on 76 charges for murdering six people and injuring more than 60 others in the Waukesha Christmas parade attack Nov. 21, 2021. Woods referred to her son as a "caged bird" and said she hopes the case will raise awareness of mental illness.

"Too hard to watch," said Woods. "You know, I mean, what's to say? You know, we have to move forward. Hopefully, something good will come out of it."

FOX6's Mary Stoker Smith: "How do you feel right now?"