Several gunshots can be heard on the dash cam video as people ran for cover.

Officers were there trying to break up a large crowd. The shooting left five people injured.

Five people were shot at a crowded park in southeast Fort Worth Sunday evening.

Police said about 400 people were gathered in the Village Creek Park near Highway 287 and Wilbarger Street around 6:30 p.m. for a party. They were ignoring social distancing guidelines.

Dash camera video from Sunday evening captured an officer running a low-frequency sound system called a howler for 3 minutes 25 seconds. The crowd of an estimated 400 people ignored it. Police say other officers also used a PA system to address the crowd, repeatedly ordering them to disperse.

Lots of gunshots can be heard on the dash cam video as people ran for cover.

“They were actually inside the park and around addressing city ordinance violations, such as riding ATVs and also drinking inside a public park. Officers were on scene addressing that,” said Fort Worth Police Officer Buddy Calzada.

Police say there was also gang-related activity, and the department’s gang unit is the lead investigation team.

5 people shot during party at southeast Fort Worth park

Police dash cam shows people scattering from a Fort Worth park Sunday when at least one person started firing shots.

Police say they did not issue any citations and that wasn’t the intention.

“We didn’t want to write tickets. I don’t know where this would have lead if the officers were fixing to do that, but we don’t want to do that,” Calzada said. “We don’t want to put a burden on somebody. We just want to educate them and follow the law that’s set out for every individual."

“It was a senseless violent act. That’s exactly what it is,” said Jesse Taylor, precinct chair of the Tarrant County Republican Party. “You got everybody been locked up for almost 2-3 months. You give them a stimulus check of almost 12 hundred dollars. They might have a couple hundred dollars left, and they’re out here having fun right now. That’s exactly what’s going on.”

Taylor believes this started as a social media feud between rival rappers.

FOX 4 asked police about the rap-feud allegation, but they would not confirm or deny, citing their investigation.

“Too many of our young people are getting killed over nothing,” said Melinda Hamilton, president of the East Fort Worth Neighborhood Coalition.

And while no one was killed this time, the ones who call this community home are worried about what could happen next time.

“We need to ask our youngsters out there, ‘Which one is more important: Your life or your lifestyle?’ We need to ask that message, and that needs to be a campaign throughout this nation,” Taylor said.

All of the shooting victims are expected to recover. No arrests have been made. 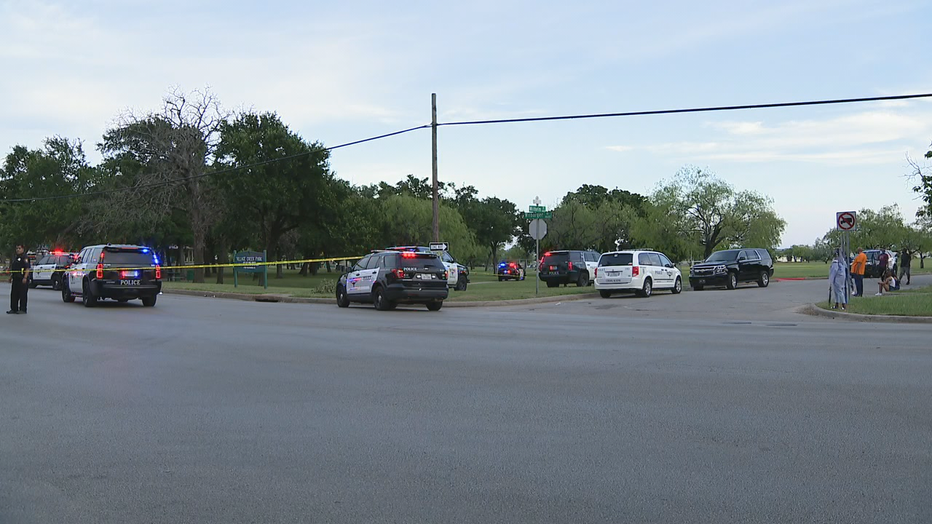