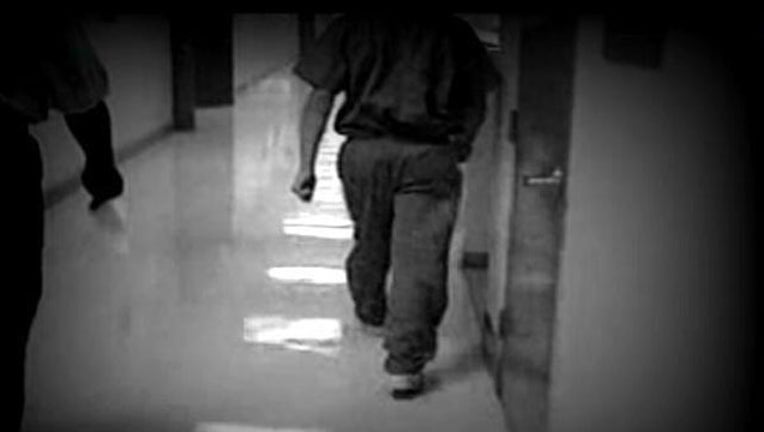 AUSTIN, Texas - It was another heated debate at the Capitol Tuesday over the state's decades old truancy law.

At issue? Houston State Senator Whitmire's plan to decrminalize truancy. In Texas, kids who have 10 unexcused absences can be charged with a Class C Misdemeanor, fined up to $500 and even thrown in jail. Texas is one of two states to criminalize it. During FY 2014, there were nearly 100,000 tickets written in Texas for "Failure to Attend School."

Whitmire's bill, SB 106, would make it a civil offense and impose graduated fines for parents of truant teens. The Senate Committee voted, at the hearing, to send the bill to the full Senate.

But it wasn't before many hours of passionate debate. At times amongst the legislators hearing the testimony. Montgomery County State Senator Brandon Creighton went as far as suggesting that Senator Whitmire scheduled the hearing to deliberately exclude the biggest opponents to decriminalizing truancy: schools and Justices of the Peace. Both had statewide conflicts that prevented nearly all of them from attending. Representatives from those groups have publicly said that the truancy law needs to be reformed but taking it out of the criminal courts will not only make it harder to hold students accountable but also prevent them from getting to the root of why they are absent from class.

Judge Wayne Mack, Justice of the Peace of Montgomery County, was however there. He thinks the law should stay on the books as a Misdemeanor. "This bill basically equates truancy to a parking ticket. It negates the justice court system's ability to enforce truancy and keeping kids in our schools."

Just as the hearing was getting underway, the Department of Justice announced they're launching a federal probe into how Dallas handles truancy. In a press release, United State Attorney General Eric Holder says, "As the investigation moves forward, the Department of Justice will work to ensure that actions of Dallas County's courts are appropriate; that our constitutional protections are respected; and that the children of Dallas County can receive the meaningful access to justice that all Americans deserve."

Dallas State Senator Royce West applauds the move as he's long been a supporter of taking the law off the books. "If the Attorney General of the United States says we ought to investigate the system then so be it. Investigate it and make sure that the constitutional rights of our children is in fact being upheld."

Texas Appleseed is one of several advocacy groups who filed the 2013 complaint that's prompting the U.S. government to step in. According to its research, it believes that truancy is creating a school to prison pipeline. "There are some courts trying to make lemonade out of lemons that the law hands them," Executive Director of Texas Appleseed Deborah Fowler says. "Unfortunately the reality is that even in those courts kids are ending up with a criminal record that can haunt them later in life."

SB106 is one of nearly two dozen bills filed in the Senate and House this legislative session that aim to reform truancy in some form or fashion. None have made it to the floor for a vote - yet.