HABERSHAM COUNTY, Ga. - Georgia deputies say they believe the killing of a Georgia mother whose body was found naked, burned and dumped the woods after she sent a cryptic text message to her daughter was a "deliberate and personal act."

The case of 59-year-old Debbie Collier's death has raised a lot of questions and gained nationwide attention, but so far, authorities have not had a lot of answers as to what happened.

At a press conference Friday morning, investigators say they have obtained new surveillance footage from a building near the crime scene that is currently the last known records of Collier being alive.

The Georgia mom was found partially nude, burned and grasping a small tree in the woods in Habersham County. Investigators respond to questions about her death investigation.

According to Habersham County Chief Deputy Murray Kogod, the footage shows Collier leaving a Family Dollar at 3:09 p.m. on the day she was reported missing. Collier then stayed in her van parked in the parking lot for 10 minutes before driving off southbound on Georgia 15.

The investigator in charge of the homicide case said, "there is no such thing as bad information."

While the discovery of this new recording narrows down Collier's time of death to between 3:19 p.m. on Saturday, Sept.  10 to when her body was discovered at 12:44 p.m. on Sunday, Sept. 11, Kogod said the case remains "complex in nature and has a lot of questions and unknowns.

Investigators say that they do not see have any evidence suggesting the incident was related to a kidnapping or suicide and are still considering the case a murder investigation.

An autopsy into Collier's cause of death and a crime lab analysis of evidence found at the scene are still pending.

This latest security footage comes days after police discovered the video taken at the Family Dollar just miles away from the crime scene on Sept. 10. Police have confirmed with FOX 5 that Collier was seen on the store's surveillance video.

FOX 5 shows new development in the mysterious death of Debbie Collier. Surveillance footage shows her just hours before she was found dead.

In the footage, Collier is seen buying a red reusable tote bag, a 2-roll pack of paper towels, tarp, rain poncho, and reusable lighter at the store in Clayton, Georgia. Those objects were later found uphill from where her remains were discovered.

"The search resulted in the locating of a red tote bag, partially burnt blue tarp, and the victims partially nude and burnt body grasping a tree down a ravine," Kogod said.

Reporters spoke to investigators and got some specifics. Investigators are trying to narrow down a timeline of Debbie Collier's movements.

Collier went missing on Sept. 10 after reportedly sending her daughter $2,385 over the Venmo app and a cryptic message reading, "They are not going to let me go love you there is a key to the house in the blue flowerpot by the door."

The daughter, Amanda Bearden, told police the final message, with the payment, "scared her" and that it was "unusual" for her mother to leave without telling anyone. She and Steve Collier, the missing woman's husband, alerted police and filed a missing-person report.

Investigators used a SiriusXM radio in Collier’s rental car to track it to a highway 60 miles away in Clarkesville, Georgia. A Habersham County K-9 unit found her remains down an embankment in the woods a quarter-mile from the vehicle — nude, "laying on her back, grasping a small tree with her right hand," according to the incident report. 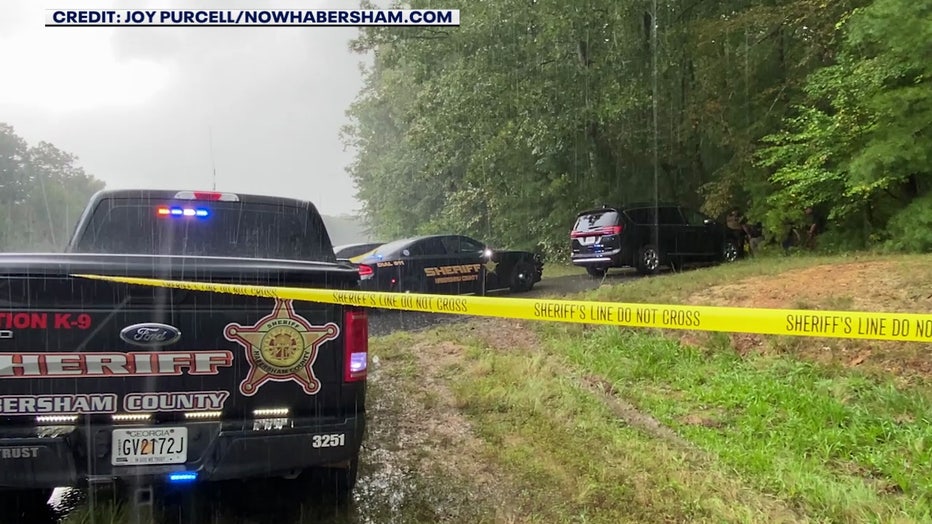 Investigators in Habersham County where Debbie Collier's body was discovered.

The findings raised more questions about what happened to the Georgia mom.

Investigators say her daughter's story has had some holes, including her saying she was at the store with her mother, but security video and interviews reveal Debbie Collier was alone. 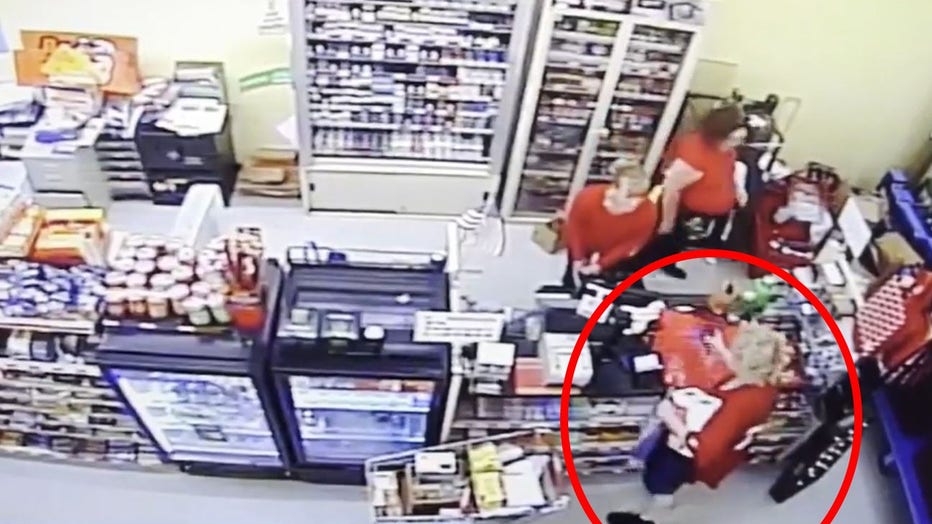 In 911 calls released to FOX News, Collier's husband, Steve Collier, is heard reporting his wife's disappearance, just hours after Collier was seen in the Family Dollar.

"Came home, my wife wasn't home, her driver's license still in there, the rental car is gone, and her daughter's here," he says, around 6 p.m. on Sept. 10, making the initial missing person report. "We're kind of worried about what's happening and where she's at. I was wondering if you could send somebody over here."

He adds that his wife has no medical issues and that he had been out all day "parking cars for the football game." The Georgia Bulldogs had a home game that afternoon at 4 p.m.

"According to her daughter, who went up and, uh, her purse is still here with her driver's license, the only thing is the phone is gone — and she sent her daughter a text about 2 hours ago saying, 'They won't let me go,'" he continues. "Whatever that means, we don't know."

At one point, the dispatcher asks Collier if his wife could have gone to someone else's house.

"That's a good question," he says. "I thought she was out shopping for food. Her daughter came over with that strange message and then went upstairs to her bedroom and found out that her driver's license and credit card still here. So that doesn't sound like her leaving the house to go shopping, like I thought she was."

She usually does her grocery shopping on Saturdays, he added.

Who was Debbie Collier?

Deborrah Todd Collier was a 59-year-old Athens resident, according to police.

Police identified Collier's adult daughter as Amanda Bearden. She told investigators that her mother had no history of mental illness and that she had a "bad back," indicating to law enforcement she couldn't walk far on foot.

Carriage House Realty, Inc. in Athens employed someone by the name of Debbie Collier as a Front Office Manager, according to the website. The company's social media had not publicly acknowledged Debbie Collier's death as of Sept. 22.

Collier was a Georgia Bulldogs football fan, according to the public Facebook posts.