DEL VALLE, Texas - Del Valle ISD is moving forward with plans for new campuses as the Board of Trustees approves the purchase of nearly 150 acres this week.

The board approved the purchase of 149 acres of land to be used for the district's second high school and future campuses. Funding was approved by voters in May as part of the 2022 $300 million bond program.

The land is divided into two parcels, both in the Whisper Valley neighborhood on the north side of the district, says Del Valle ISD.

The first parcel is a 78.1 acre plot near the intersection of Braker Lane and Taylor Lane, which will serve as the site of the district's second high school. The new campus is expected to serve around 2,400 students. 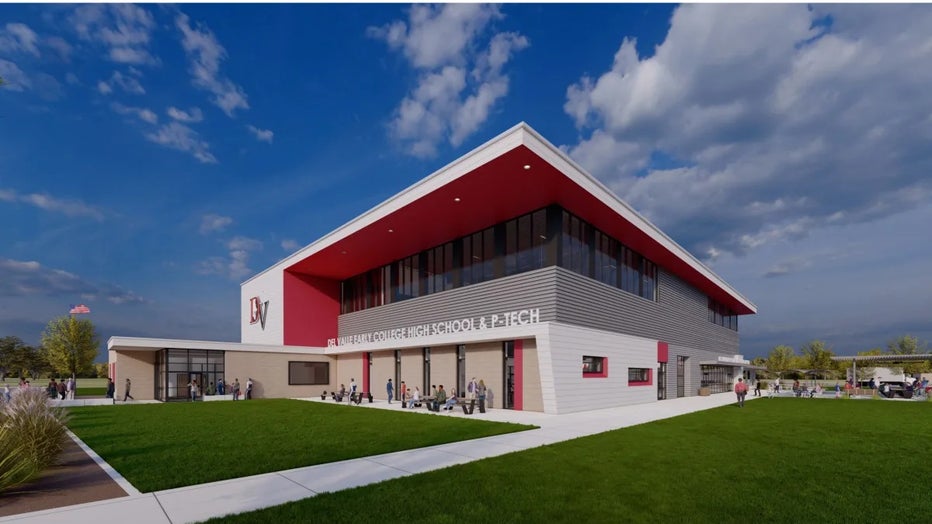 A Sept. 2022 rendering of the proposed second high school in Del Valle ISD

The second parcel is a 71.1 acre plot which will serve as the site for a future elementary school and middle school.