One of the events attended by Sen. Harris was a voter mobilization event in Phoenix.

On Oct. 26, Eric Trump held a rally in Phoenix.

Arizona has for decades been a GOP stronghold all but ignored in presidential contests. Democrat Hillary Clinton made one visit late in the 2016 campaign before losing the state to Trump by 3.5 points.

Since then, however, Trump has seen his support flag with suburban women. That, combined with massive population growth, have put the state in play this year.

Trump sees a potential pickup opportunity in Nevada, which Clinton won by 2.4 points. Though Trump lost Nevada in 2016, he performed better than Mitt Romney in 2012 or John McCain in 2008. The state also has a higher percentage of noncollege educated whites than many other pivotal states. They have made up the base of his electoral support.

Polls have consistently shown Biden leading in both states. 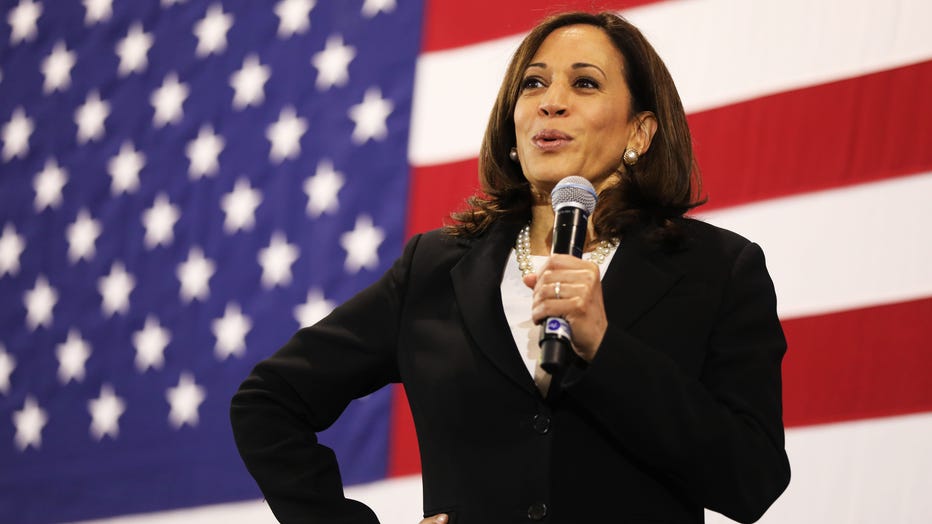 NASHUA, NEW HAMPSHIRE - MAY 15: Democratic presidential candidate U.S. Sen. Kamala Harris (D-CA) speaks at a campaign stop on May 15, 2019 in Nashua, New Hampshire. The Democrat and California senator is looking to differentiate herself from current