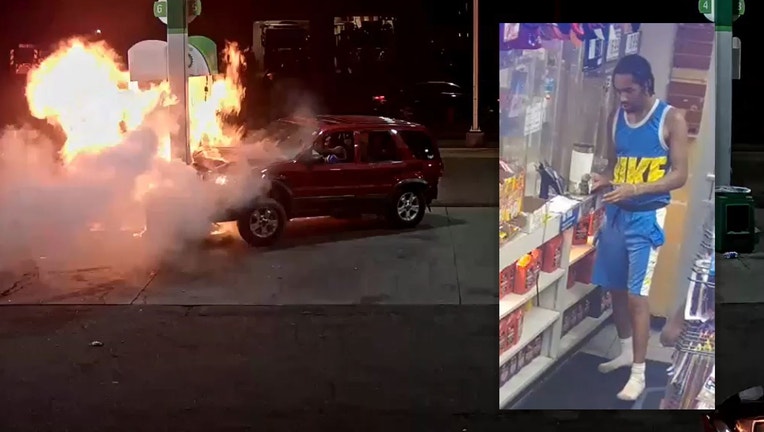 Detroit police released the Project Green Light footage, as well as a photo of the suspected driver.

The driver was doing donuts in the parking lot of the BP gas station at 18137 Joy Rd. around 11 p.m. Aug. 22 when they crashed into a gas pump. The crash damaged both the pump and the vehicle.

Police said the driver ditched the vehicle moments after the crash. They are now looking for the driver, who they believe was caught on surveillance video at a nearby gas station.

The suspect was wearing blue Nike shorts with a white stripe, a blue Nike tank top with white around the collar, and white socks with no shoes.