Detroit Police said an officer shot and killed a disabled man's dog as the officer was chasing a suspect.

Delawrence Roby said he had clear 'beware of dog' signs on his fence and all police had to do was ask him to put his dog up, they didn't have to shoot him.

Roby is partially blind, a double amputee, and diabetic. He relied on Bill for everything.

"I had the dog since it was six weeks," he said. "He was my heart, he just went everywhere with me up and down the street. I didn't need mo leash, he'd just stand right there, looking up at me."

On Thursday, April 8, Bill was shot to death by a Detroit Police officer who wound up in Roby's fenced yard on west Moreland near 7 Mile while they were trying to track down a suspect.

Detroit Police Commander Darrell Patterson said the dog bit the officer and was doing what it was supposed to do.

According to police, three officers with a special operations unit were tracking a man when they saw an 'L-shaped' object in his pocket.

"The officers believed due to their experience that this was someone armed with a gun When they tried to investigate the subject, he took off running," Patterson said.

Two officers got out of the car and took the man, identified as Jerome Crouse into custody. He's charged with weapons charges and other crimes.

"The officer that tried to cut the subject off, hopped into a back yard and seconds later was attacked by the dog," Patterson said.

Police say the other officer then shot the dog and followed police policy, but do regret that it happened.

"No one wants to hurt any animal or person in this particular incident, we do offer our sincere condolences at the loss of this animal," Patterson said.

But that’s not good enough for Roby who is now without his furry friend.

One officer sustained injuries from the dog bite and is on light duty. 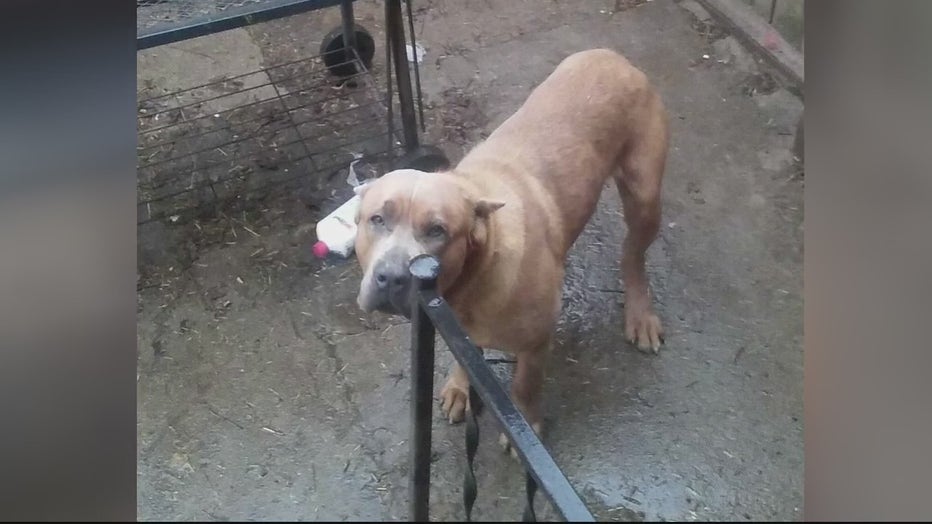