Disney is working to take out "boys and girls" in recorded park greetings in the company's push to promote gender inclusion.

ANAHEIM, Calif. - Parkgoers heading over to Disneyland Resort in California may notice something slightly different during their next visit.

According to Disney, the company is taking out all the "gendered greetings" in the theme park's recorded messages to promote a more welcoming environment for guests who do not identify with traditional gender roles, including male or female.

In a video conference call recorded by City Journal's Christopher Rufo, Disney's diversity and inclusion manager Vivian Ware was heard explaining that parkgoers will no longer hear "ladies and gentlemen" or "boys and girls" in the park's greetings. 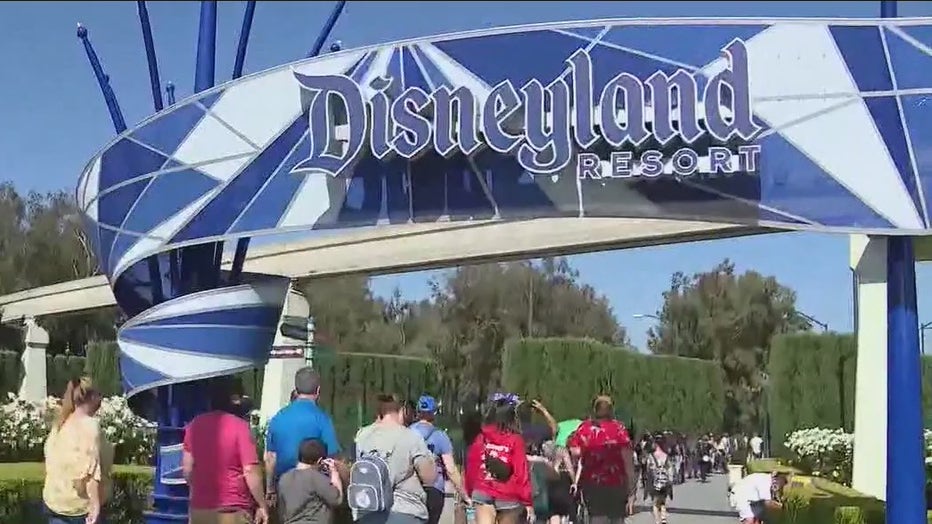 "We trained – we provided training for all of our cast members in relationship to that. So now they know it's ‘Hello, everyone,’ or ‘Hello, friends,'" Ware was heard saying in the video conference call.

Parkgoers will also hear the updated greetings before the fireworks shows at the Magic Kingdom, Ware said in the video conference call.

"I love the fact that it's opened up the creativity, the opportunity for our cast members to look at that," Ware said, in part, in the video conference call. "We don't want to just assume because someone might be, in our interpretation, may be presenting as female, but they may not want to be called ‘princess.'"

According to videos shared on social media, some changes in the recorded messages were implemented as early as last summer. In one video, shared by @ShowcaseWishes, viewers can hear the audio message saying "dreamers of all ages" instead of what was previously "Ladies and gentlemen, boys and girls."

The video was published to social media on June 30, 2021, months before Ware's update on Disney's push to further promote inclusion.

Back in April 2021, Disney's chairman of Disney parks, experiences and products released an announcement saying inclusion was added as the company's "fifth key." Prior to that announcement, Disney's cast members were trained to follow the Four Keys for the company's guest service – safety, courtesy, show and efficiency. Disney's decision to make the tweaks to recorded messages and PA announcements play a part to the company's focus on promoting inclusion.

Disney's push for promoting inclusion for guests of all gender identities comes as the company's employees staged a walkout earlier in the month in the wake of Florida's controversial "Don't Say Gay" bill.