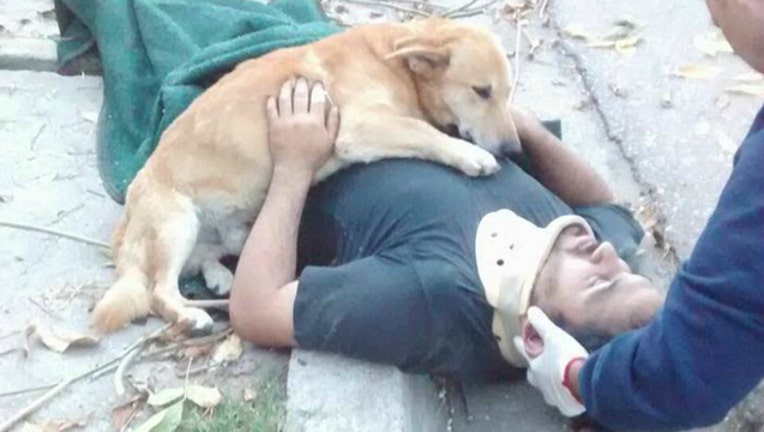 Photo via Def Civil B. Blanca

FOX NEWS - A man who suffered a heavy fall while pruning a tree regained consciousness feeling the warm weight of his dog “Tony” on him. With his snout on paws firmly on his owner’s chest, the stray didn’t move from the man’s side – not even when the emergency crew arrived.

Jesús Heuche, who is recovering from a head injury, said Tony would not let the paramedics nor police get close to him. “He thought they wanted to do something [bad] to me,” Heuche told reporters.

The tender image of the two laying on the asphalt after Monday’s accident in Bahia Blanca, Argentina quickly went viral.

The 28-year-old man said he was finishing up the last branches when he lost his balance and fell down 6.5 feet, head first.