Dion Thompson, who was shot and killed in downtown Austin last week, is remembered as the life of the party - a loving son, brother, friend, and more.

AUSTIN, Texas - Family and friends gathered for a celebration of life to remember Dion Thompson, who was shot and killed downtown last week.

Dion is remembered as the life of the party - a loving son, brother, friend, and more.

"As a mother, the relationship you have with your son is one of the biggest blessings in life that a mother could have," Christy Thompson, Dion's mother, said.

"His brotherly love, I think he was a really good older brother, and me and him had a very close relationship. I really need that back in my life, someone that's like him to be there for me," Joshlynn Tasby, Dion's sister, said.

Those close to Dion say some of their favorite memories with him revolved around having a good time and being light-hearted. "We would play Marco Polo on the playground for about an hour, and that was so fun," Joshlynn said.

"We'd be around A&M football games, and he'd always joke about wearing all UT gear just to see what the people would say to him," Shelton Bond, Dion's best friend, said. 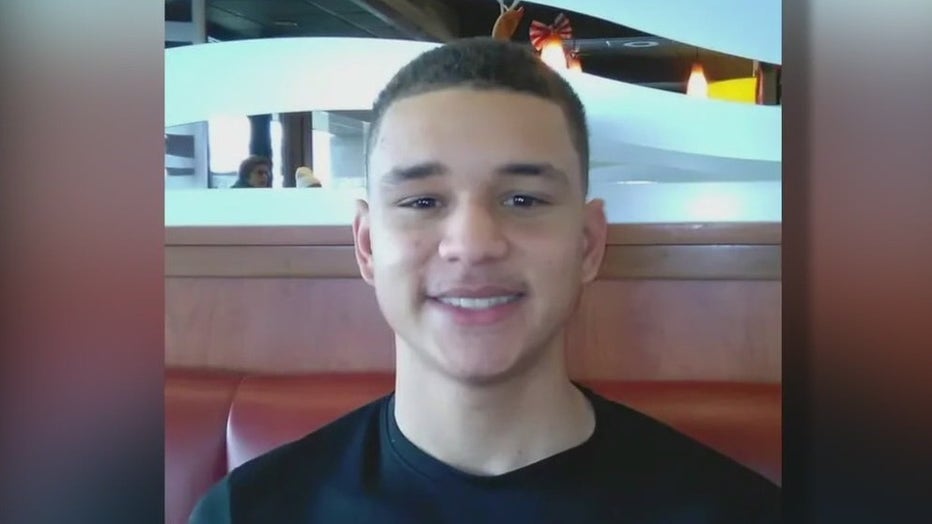 Dion Thompson is remembered as the life of the party - a loving son, brother, friend, and more. (Christy Thompson)

Dion spent a lot of time at Shelton's house.

"My favorite memory is him looking over his shoulder when he was going down the stairs at our house, and I was kicking him out [for being too loud], and he was like, 'I love you, Mrs. Bond!" and so that was Dion," Robin Bond, Shelton's mother, said.

"He's like the guy you want to grow up to be kind of, he's who you look up to, he's a role model in the way he lives his life, and how he respects people, his manners, just even with my family," Shelton said.

Last week, tragically, a night out with friends took a turn for the worse.

"There was an altercation on Sixth Street, and there was a group of guys that was ganging up on one of my friends, and Dion stepped in to help him, and one of the guys pulled out a gun on him and... yeah," Shelton said.

The shooting happened on 7th Street near the ARCH.

"It's so hard, I want to honor his death as a hero, I want to remember that he was a hero, he had courage, but I also wish that I would do more education about gun violence and how serious it is even in Austin," Christy said.

For parents, crime is an increasing concern. "We don't really realize as parents the extent of what's happening," Christy said.

"It's just such a tragedy and a loss for young people to lose their life over something so senseless, pointless, all of it," Robin said.

"Don't be a tough guy, it's better to walk away from a situation than carry around a gun and try to prove you're the biggest guy in the room," Shelton said.

At the celebration of life, Dion's loved ones are treasuring the moments they had with him. "Appreciate your siblings, and your family in general, just anyone who's closet to you, because you never know the last time you can say goodbye," Joshlynn said.

Dion's mother says he recently got an apartment with a friend. "He was ready and independent to start living life as a young man, and I'm really proud of him for that," she said.