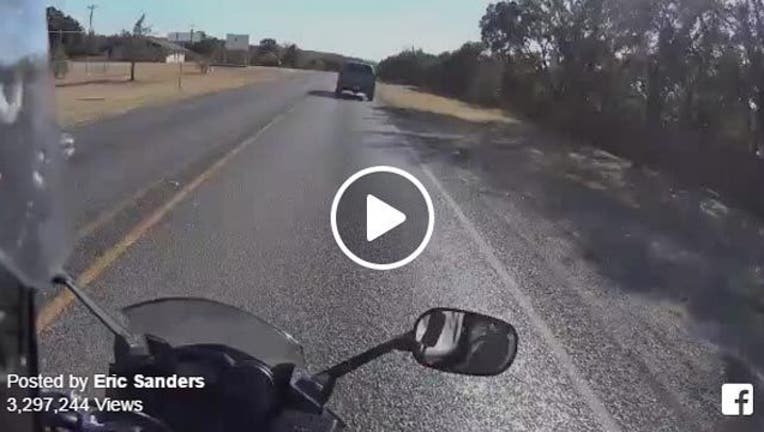 GRANBURY, Texas (AP) — A 68-year-old man accused of veering his car into a motorcycle, injuring both of its riders, has been arrested on aggravated assault charges.

William Crum of Granbury was arrested Monday afternoon and charged with two counts of aggravated assault with a deadly weapon. Hood County District Attorney Rob Christian said Crum would remain in custody pending a bond hearing Tuesday. He didn't know whether Crum has an attorney who could comment on his behalf.

Each count carries a punishment of two to 20 years in prison if convicted.

The crash happened Saturday on a two-lane road about 5 miles north of Granbury. Eric Sanders, the driver of the motorcycle, contends the car's driver swerved intentionally. He suffered abrasions, and his girlfriend was taken to a Fort Worth hospital with a broken wrist and deep arm lacerations.