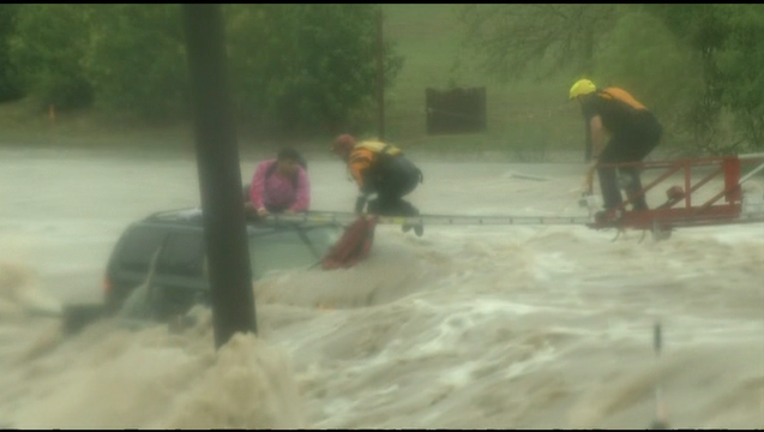 A driver was rescued in San Antonio Monday morning after getting trapped in rushing waters.

The driver was stranded on top of an SUV on Pinn Road near Highway 151, Fox 29 reports. San Antonio Firefighters were able to reach the driver with a ladder extension.

The driver was reportedly on his way to work. He will not be ticketed because there weren't any barricades on the street.

Fox 29 said the driver did not appear hurt.