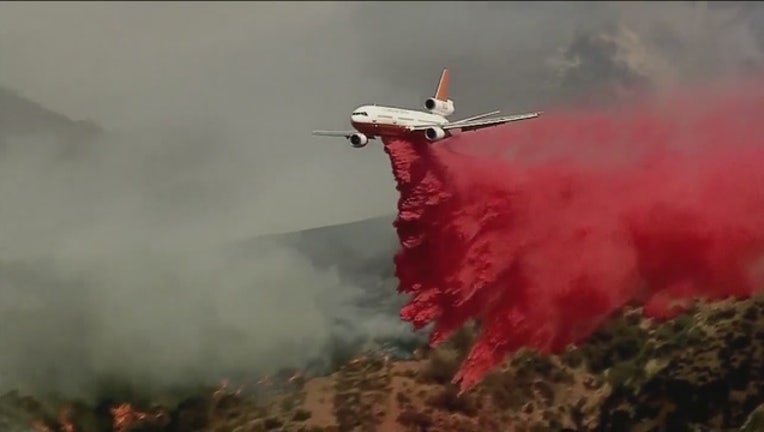 (FOX5NY) - At a news update Monday morning Los Angeles firefighters warned that a drone had interfered with their work on the La Tuna Fire that continues to burn.

It happened on Sunday when a drone was flying in the area of the fire.  The Los Angeles Fire Department says they alerted law enforcement crews who took care of it with "minimal impact" to fire crews but it could have been worse.

Low flying aircraft are dropping water and chemicals on the flames.

"Drones have become very popular.  And in this scenario, they can be very detrimental to our efforts here today," Chief Terrazas said.

Burbank police warned that officers are on patrol looking for drone activity and users.

"If you are flying a drone near the fire you will be found, you will be arrested and you will be prosecuted," Sergeant Derek Green said in a Facebook video.

He said that officers had to be diverted from other duties for the drone patrols, which he said is a waste of resources.

Firefighters say that 7,003 acres have burned and the fire is only 30-percent contained.