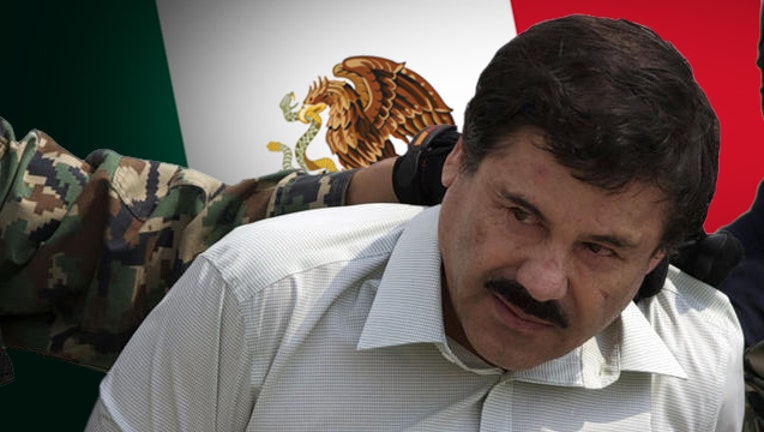 MEXICO CITY (AP) — Jailed drug lord Joaquin "El Chapo" Guzman's fight to stave off extradition to the United States has led to a schism among some of the people he's counting on most: his own lawyers.

After two of Guzman's attorneys filed an appeal against the extradition request, a third lawyer quickly disavowed it on Saturday.

Attorney Jose Refugio Rodriguez told The Associated Press that the move was not authorized by Guzman and his client will not sign off on the appeal, meaning the courts would not act on it.

"This hurts Joaquin Guzman because it hinders our defense," Rodriguez said.

Rodriguez added that the lawyers who filed it, Juan Pablo Badillo and Jose Luis Gonzalez Mesa, are not part of the team working on the extradition case. That team is still considering the government's arguments and plans an appeal in the coming weeks that "El Chapo" will approve.

"We have a strategy with Joaquin and we are planning it," Rodriguez said.

He suggested that Badillo and Gonzalez may have been motivated by "a desire for notoriety."

Gonzalez did not immediately return a voice message seeking comment, and the AP was unable to reach Badillo.

However his lawyers have 30 days to appeal and the case could go all the way to the Supreme Court, meaning it could be months before a final decision is reached.

The convicted Sinaloa cartel boss is wanted in seven U.S. jurisdictions on charges that include murder, conspiracy to import and distribute cocaine and marijuana, money-laundering and arms possession.

Guzman is currently in a federal prison on the outskirts of Ciudad Juarez, which borders El Paso, Texas. Authorities suddenly transferred him there in recent weeks from the Altiplano lockup near Mexico City where he was being held before, citing work being done to improve security at the facility.

"El Chapo" broke out of a Mexican prison in 2001 and spent more than a decade on the run, becoming one of the world's most wanted outlaws before he was recaptured in 2014.

Last year he escaped again through a mile-long (1.5-kilometer) tunnel dug to the shower of his cell at Altiplano.

Mexican federal agents caught him in January in the city of Los Mochis, Sinaloa, the state from which his drug gang took its name.