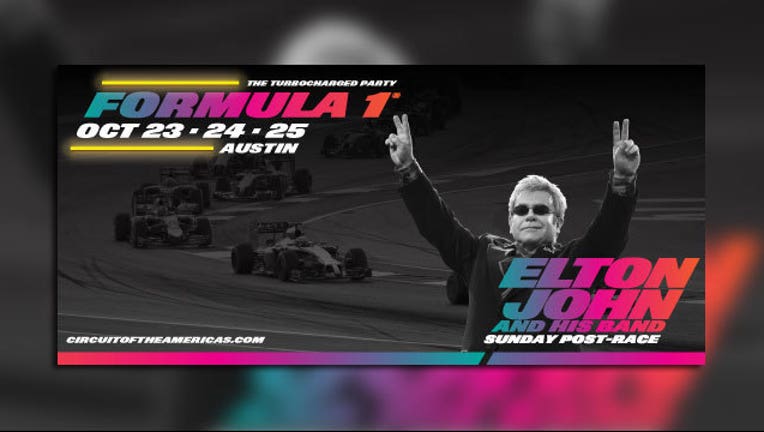 Circuit of The Americas has announced that Elton John & His Band will be performing following the Formula 1 U.S. Grand Prix in October.

Officials say it will be a two hour set and feature John’s iconic hits and classic album tracks.

Accompanying Elton on stage will be his band featuring, Nigel Olsson on drums (part of Elton's original three-piece band) as well as musical director Davey Johnstone (who first recorded with Elton in 1971 and joined the band full-time a year later) on guitar, Matt Bissonette on bass, John Mahon on percussion, and Kim Bullard on keyboards.

The special concert will be on October 25.

If you’d like more information about the concert and all the festivities for Formula 1 weekend, you can go to COTA’s website here.