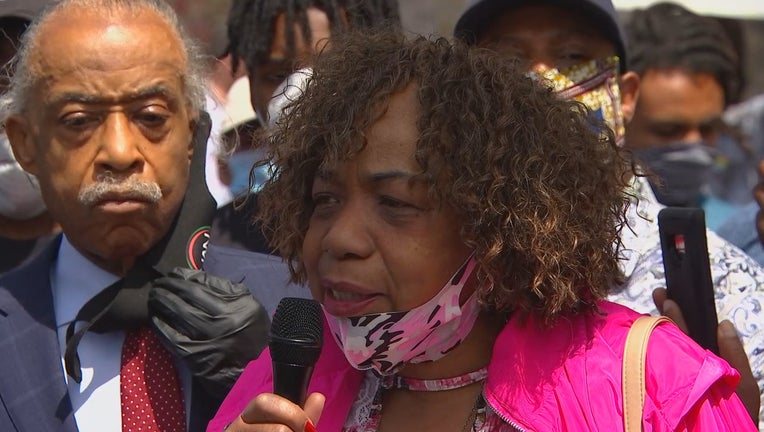 MINNEAPOLIS (FOX 9) - Several national civil rights leaders touched down in Minneapolis on Thursday to address the death of George Floyd.

In the afternoon, Reverend Al Sharpton led a prayer vigil calling for justice on the corner of 38th and Chicago in south Minneapolis.

"The violence started on this corner when this man was choked to death begging for his life," said Rev. Sharpton. "So we must act in a way to get justice and to get fairness. We are not asking for a favor, we’re asking for what is right."

Protests have escalated since Floyd died after being pinned to the ground by Minneapolis police with a knee on his neck while handcuffed.

"Yes, we are non-violent but we understand the outrage and the anger," said Rev. Sharpton. "We’re all angry, but we use our anger a different way."

"I come to stand in solidarity with the family and you all," she said.

Eric Garner died after being held in a chokehold during an arrest in New York in 2014. His last words, "I can’t breathe," are drawing comparisons to Floyd’s death.

"As you know this happened to me almost six years ago," said Carr. "And this is just opening up an old wound. Pouring salt into it."

The four officers involved with Floyd's death have been fired but no charges have been filed in the death. However, calls for an arrest are growing each day.

"You do not need anything more than you have now to arrest those four policemen," said Rev. Sharpton. "There is probable cause right now."

Vice President Andrea Jenkins and State Senator Jeff Hayden both attended the prayer vigil. Rev. Sharpton says there will be a call on Saturday for people across the country to take part in the "We Can't Breathe" movement.