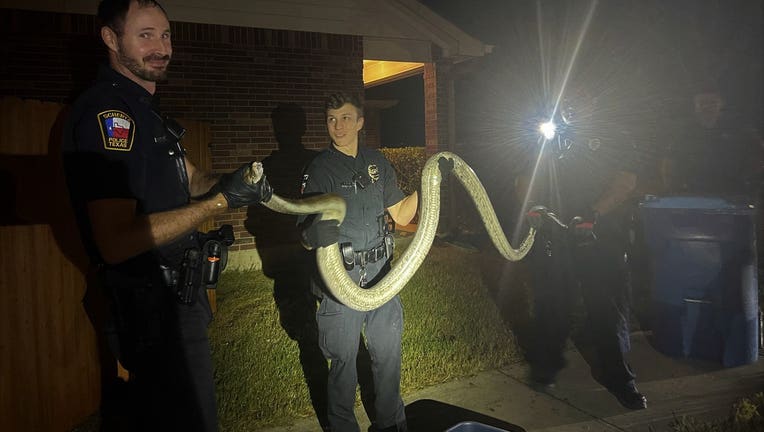 A large python was returned to its owner after the 12-foot snake was found on the loose and slithering under a parked car in Texas.

Animal services officers were called just before 5 a.m. local time on Aug. 10 to the city of Cibolo, located just outside of San Antonio, after someone out walking their dog found the python hiding under a vehicle. The department shared a photo of the officers holding the snake on its Facebook page, asking for the owner to come forward.

Hours later, Cibolo Animal Services shared an update that the python had been returned to its home.

An Australian woman spotted a massive python on her fence shortly after finishing her workout. (Credit: Belinda Barrie via Storyful)

The owner later told KSAT in San Antonio that she was thankful to have her pet back, which is a 6-year-old named Shadow and measures about 12 feet long. She suspected that someone had actually tried to steal the reticulated python.

"She was on my backporch in her LOCKED enclosure," owner Leah Garcia posted on a neighborhood Facebook page, according to KSAT. "When I came out to tend to her, the lock was on the ground in front of her enclosure and her sliding door was open just a tiny bit & she was gone."

Garcia told the local news station that she planned to get locks for her gates and move Shadow inside her home. Garcia said she has a recreational controlled exotic snake permit to keep the pet.

"I want to thank all the officers and Cibolo PD for making sure my baby was safe and wasn’t harmed," Garcia added. 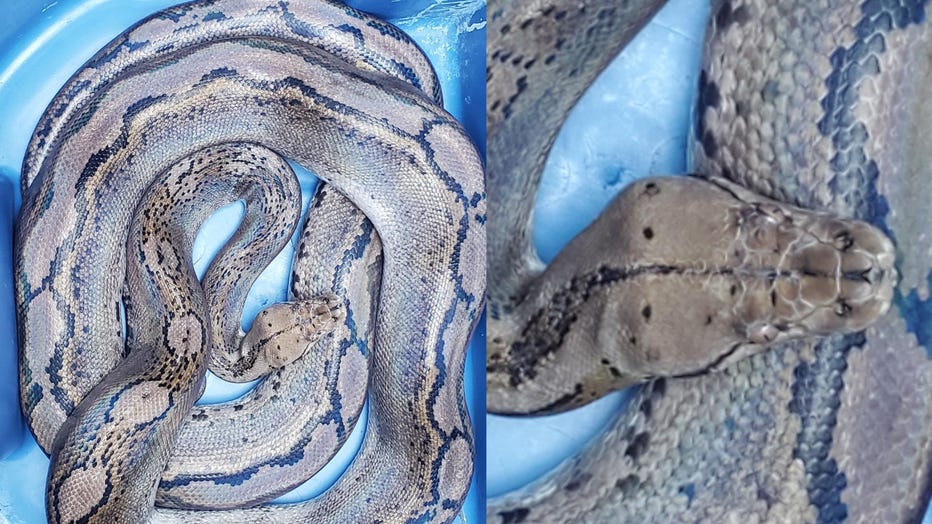 The reticulated python named "Shadow" is pictured on the morning of Aug. 10, 2022, in Cibolo, Texas. (Credit: Cibolo Animal Services)

The reticulated python is considered the world’s longest snake, native to Southeast and South Asia, and regularly grow to over 16 feet, according to Reptiles Magazine and Zoo Atlanta. The largest recorded reticulated python in a zoological environment was 28.5 feet long and about 320 pounds.

In the wild, reticulated pythons eat a wide variety of mostly bird and mammal prey, including large species such as deer or boar, according to the zoo. They can reach ages beyond 20 years.

"While reticulated pythons have a reputation for being aggressive, they generally do not display aggression when handled regularly in zoological settings. Despite heavy hunting pressures for the commercial skin trade, on top of opportunistic persecution by humans, this species manages to maintain relatively large populations even in heavily populated areas," Zoo Atlanta states.