WASHINGTON - A man accused of storming the U.S. Capitol on Jan. 6, 2021 could face up to 20 years in prison after sending texts and videos from the scene to his ex-girlfriend.

According to court documents, Richard Michetti sent several texts to the woman, who was not named in the documents, including one stating, "If you can’t see the election was stolen you’re a moron."

The 10-page statement of facts alleged that Michetti texted the woman at 2:06 p.m. on Jan.6, writing, "…it’s going down here we stormed the building they held us back with spray and teargas and paintballs."

The next day, on Jan. 7, the woman reported to law enforcement that Michetti sent "several text messages and two videos" to her using his mobile phone. On Jan. 11, the woman was interviewed by special agents of the FBI. 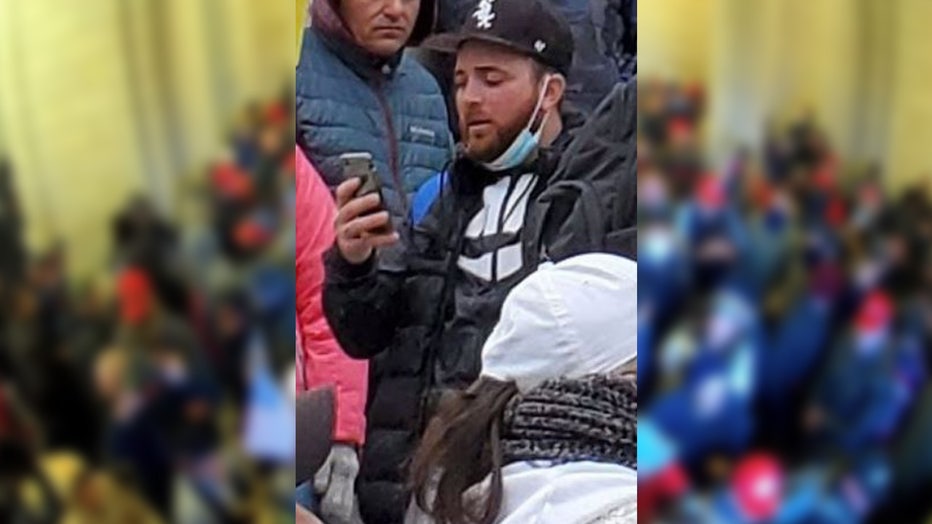 "Portions of the videos show Michetti on the grounds of the Capitol during the January 6, 2021, riot, while others appear to have been filmed inside the Capitol Building," the court documents read.

Tipsters from across the United States submitted images and videos of the riots to an FBI website.

An image submitted by a tipster allegedly showed Michetti standing on the U.S. Capitol steps on Jan. 6 among a large group of protestors and rioters. The FBI showed this photo to the woman, who "positively identified" Michetti as the individual depicted in the photograph, according to the agency.

Michetti, who lives in Ridley Park, Pennsylvania, is facing charges of knowingly entering a restricted building, violent entry and disorderly conduct on Capitol grounds, as well as obstruction of justice/Congress, according to a Feb. 17 criminal complaint.

Michetti was arraigned Tuesday, and if convicted could face up to 20 years in prison. He was released on unsecured bail with electronic monitoring, reports The Morning Call, and will reportedly appear in U.S. District Court in Washington by video on Monday.

More than 200 men and women have been charged in federal court with offenses related to the storming of the U.S. Capitol.