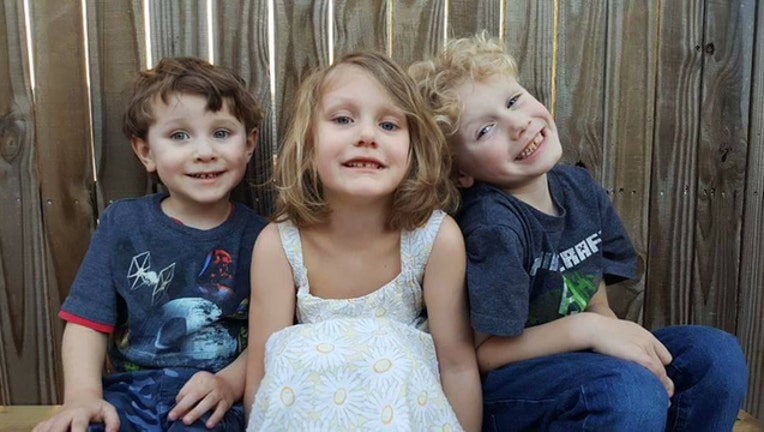 DENTON, Texas (AP) - The mother of three children police say were killed by her ex-husband says she believes he was mentally unstable when they divorced.

Amanda Simpson survived what police say was Justin Painter's fatal shooting of the children, her boyfriend and himself at her home in Ponder, Texas. She spoke in a Facebook Live video from her hospital bed.

In the video, Simpson expressed anger with the judge in her divorce suit, whom she said ignored her warning about her husband. She said she told the judge Painter had attempted suicide.