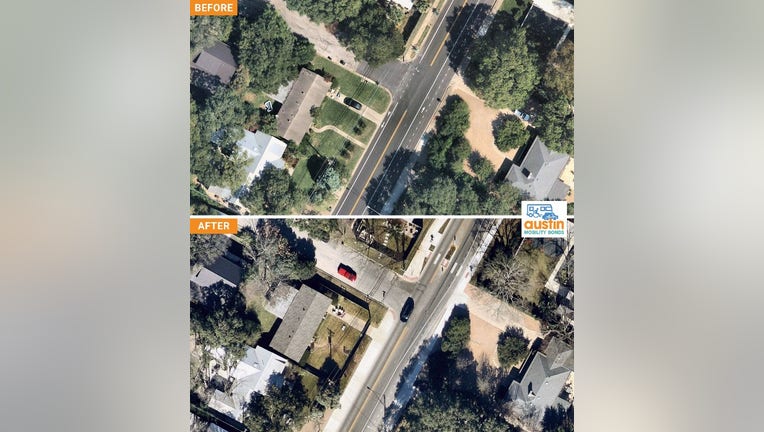 Before and after shows a new shared use path (west), sidewalk rehabilitation work (east), and a new pedestrian crossing island installed on Exposition Boulevard at Cherry Lane. (Austin Public Works and Austin Transportation)

The improvements also create a safer route for students to walk or bike to nearby Casis Elementary School and O. Henry Middle School and safer access for everyone to neighborhood day care centers, libraries, churches, stores, and parks, say the departments.

"Every child should be able to walk or bike to school safely," said Mayor Pro Tem Alison Alter (District 10), where the improvements are located. "While these safe routes are created for students and families, the improvements benefit everyone who walks, bikes, or rolls in the neighborhood." 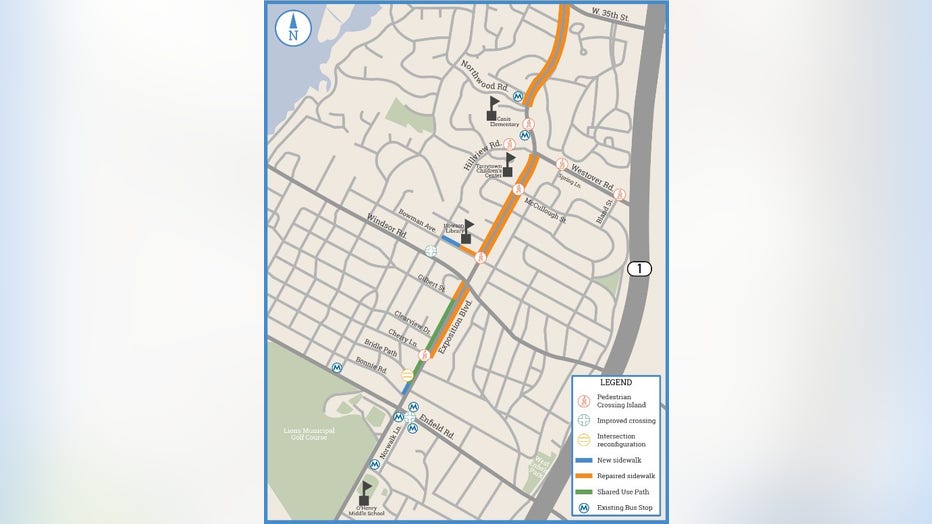 The project cost approximately $2 million and was jointly funded by voter-approved 2016 and 2018 Mobility Bonds from Austin Public Works’ Safe Routes to School and Sidewalk Programs and Austin Transportation’s Pedestrian Crossing and Bicycle Programs, says the city. Alter also dedicated District 10 Quarter Cent funding for safety and mobility improvements for students walking or biking to schools in this area.