Deputy Juan Ruiz was assaulted while taking a suspect with felony warrants into custody on Oct. 9, and died days later. The three-year veteran of the Maricopa County Sheriff's Office was laid to rest on Oct. 19. FOX 10's Nicole Garcia reports.

AVONDALE, Ariz. - A Maricopa County Sheriff's deputy was laid to rest on Oct. 19, after he suffered a deadly attack while taking a suspect with felony warrants into custody on Oct. 9.

Juan "Johnny" Ruiz, who was with MCSO for three years, died on Oct. 11.

"It is with a heavy heart that I share with you the passing of Deputy Juan "Johnny" Ruiz #S2212. He succumbed to the injuries sustained on Saturday at the hands of a violent predator. Deputy Ruiz proudly served this community with courage and conviction," Sheriff Paul Penzone said on Oct. 11. "His loss is a tragedy for our profession and our community. We stand strong with great appreciation for his service & pray for his family during this unimaginable sacrifice & loss. I am committed to pursuing justice for Deputy Ruiz to the fullest extent of the law against the suspect. Nothing less is acceptable."

Prior to his burial, hundreds of people, including members of the Maricopa County Sheriff's Office and other local law enforcement agencies, packed into St. Thomas Aquinas Church in Avondale for a service.

During the services, Deputy Ruiz was remembered as a hero, son, brother, uncle, friend, and beloved public servant.

"Evil did not defeat Deputy Ruiz that day, and evil will not defeat us today," said Sheriff Penzone. "With his ultimate sacrifice, Deputy Ruiz made an even more substantial sacrifice. His family made a selfless act to donate his organs, so many others can live on and represent his legacy."

Ruiz's family, meanwhile, spoke of how excited Ruiz was when he passed the academy.

"Johnny was so happy at his graduation. We were all so proud to see him achieve his dream," said Ruiz's brother, Francisco Ruiz.

Deputy Ruiz was laid to rest at Holy Cross Catholic Cemetery in Avondale, following a funeral procession, Along the route, residents who did not otherwise know Deputy Ruiz lined up to pay their respects.

"I live in the community nearby, and wanted to make sure I show my support and respect," said Chris Beckett, who lives in Avondale.

Suspect in attack that killed MCSO deputy released from hospital

Clinton Hurley, the suspect accused of killing Maricopa County deputy Juan Ruiz, has been released from the hospital and is now in Pinal County Jail.

Sheriff Penzone said during a news conference on Oct. 11 that the incident began during the early-morning hours of Oct. 9 when deputies responded to reports of a suspicious person. Deputies were unable to locate the suspect, identified as Clinton Robert Hurley.

A short time after, deputies later found Hurley and took him into custody.

Deputy Juan Ruiz transported Hurley to an MCSO substation in Avondale near Van Buren and Dysart Roads, brought him into the holding area, and "as is standard processing protocol, he removed his handcuffs and attempted to put him in one of the holding cells," Sheriff Penzone said.

"It was at that time that he was initially passive resistant and turned on the deputy and the fight ensued," Penzone said.

During the fight, Deputy Ruiz tried to call for backup on his radio, but he was beaten unconscious by Hurley, Penzone said.

Deputy Ruiz was found by another deputy and he was rushed to the hospital where he was placed on life support, surrounded by loved ones. Sheriff Penzone said Deputy Ruiz never regained consciousness and his organs were donated after his passing on Monday. He was a three-year veteran of the department.

Following the assault on Deputy Ruiz, MCSO said Hurley stole his police SUV, fled the scene and then carjacked another person.

Hurley was found hours later after being involved in a shootout with a homeowner in Tonopah when he was struck by a bullet. The homeowner was someone he knew and they reportedly had a history of conflict.

He was hospitalized in stable condition, according to Sheriff Penzone. He had been released from the Dept. of Corrections last December and had been in custody for sexual offenses against children.

Hurley has since been released from the hospital and has been sent to the Pinal County Adult Detention Center. 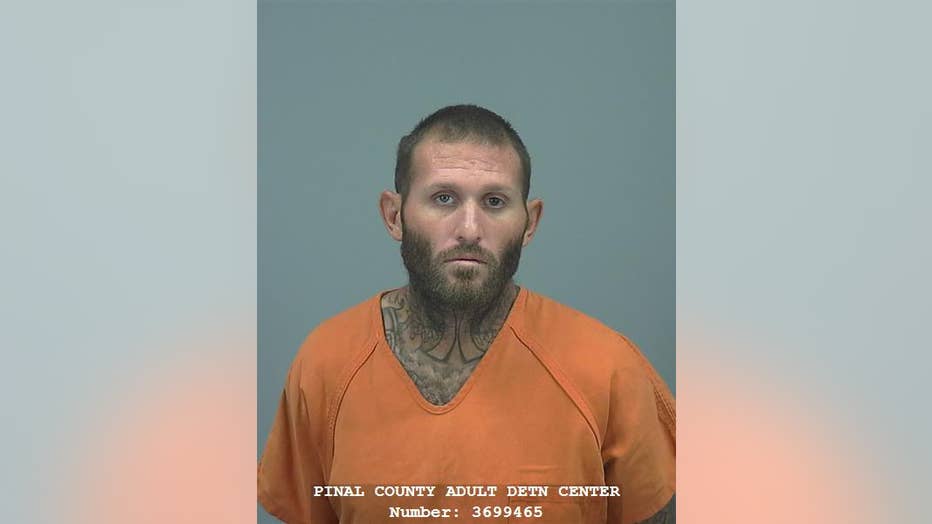 'Made a bit of impact in such a short time'

It's been a tragic week for law enforcement in our state. La Paz County Sgt. Michael Rudd died on Oct. 11 during a pursuit on Interstate 10, and that same day, the family of Maricopa County Sheriff's Deputy Juan Ruiz took him off life support after he was assaulted by a suspect last weekend. MCSO Sheriff Paul Penzone joins AZAM to speak on these tragic incidents.

"Support for different agencies and how dangerous this job is, we have to have each other's backs," said Avondale Police Officer Derek Rogers.

MCSO deputy in training, Alfredo Romero, who met Ruiz, said "I was able to actually ride with him for one of my days and you could kind of feel how great of a person he was and made a bit of impact in such a short time."

Deputy Ruiz's impact is felt in so many ways, including those who continue to wait for a life-saving organ.

Nico Santos with the Donor Network of Arizona speaks about the growing national waiting list as there are 1,600 Arizonans alone waiting for a lifesaving organ transplant.

"At the same time, it's an average of 10 minutes that someone new is added to the same list so it certainly isn't an uphill battle to offer hope to the 16,000 people right now, who are on the waiting list."

"Another brother falls but we're all here to show support and pick him up and hopefully everybody can see this," Rogers said. 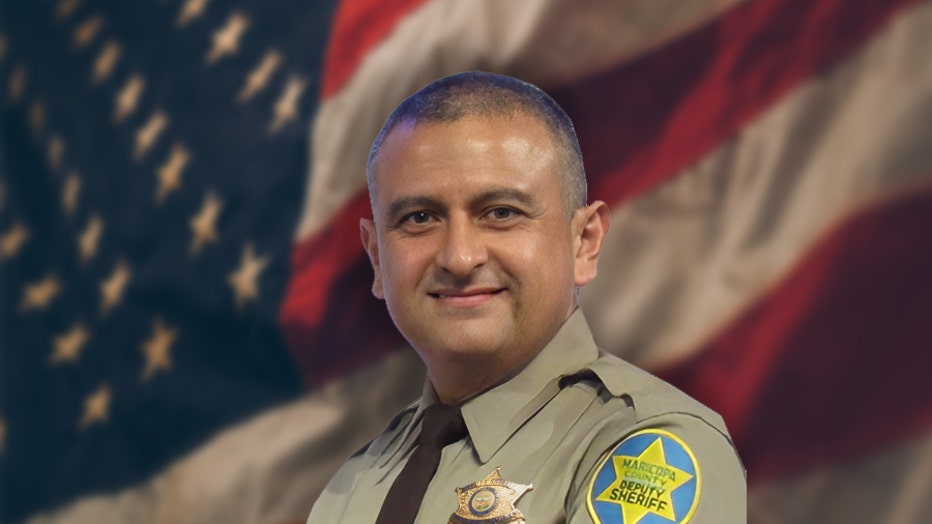 "During a time when men and women in law enforcement face scrutiny, sometimes demonization, or expected to be perfect and underappreciated –  but a scumbag piece of (expletive) out of the Department of Corrections can put him on life support when he comes to work every day in uniform to keep this community safe," Penzone said on a news conference on Oct. 9.

"So now the question is, what is this community willing to do to make sure that this suspect goes back to prison or somewhere else for the actions against this deputy?" he added. "Because this is not a singular issue."

MCSO said they are still searching for a vehicle that was stolen by Hurley as he fled from authorities – a  2016 gray Kia Optima with a California license plate 7TLd075. 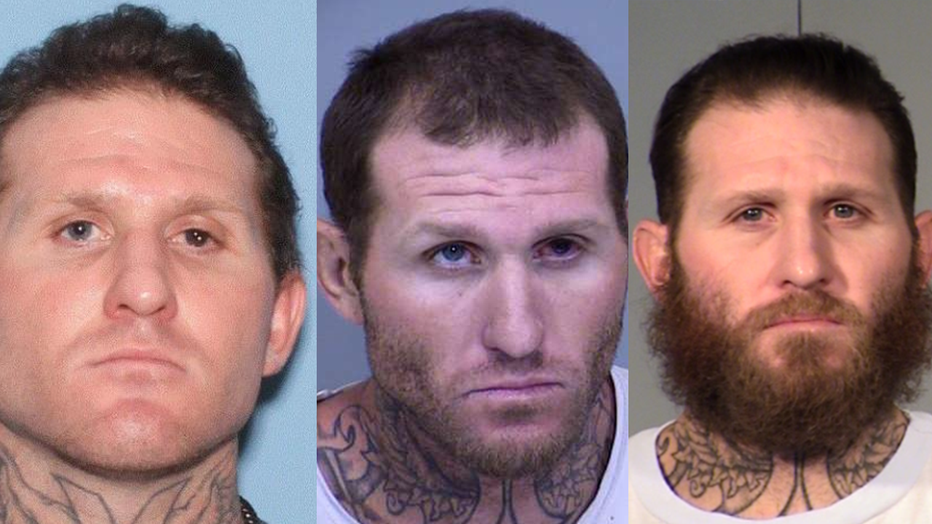 Condolences come in from law enforcement around the state

The Arizona Department of Corrections said on Twitter, "Our condolences and prayers go out to the family and friends of Deputy Juan M. Ruiz and all his (MSCO) colleagues."

The Phoenix Police Department said, "Our thoughts go out to our brothers & sisters at the (MCSO) & the entire #Arizona community after the horrific death of Deputy Juan "Johnny" Ruiz."

"Our heart is with (MCSO) and the family of Deputy Ruiz during these difficult moments," Gilbert PD said.

Mesa PD Tweeted, "Our thoughts and prayers are with the @mcsoaz and the family and friends of Deputy Juan M. Ruiz. Your service and dedication to the community will not be forgotten."

"Our hearts are heavy for our brothers and sisters of the Maricopa County Sheriff's Office and the family of Deputy Juan M. Ruiz … His sacrifice to the community and life-giving donation is immeasurable," Scottsdale Police said of his organ donation.

The Ajo Fire Department said, "Our thoughts and prayers go out to Deputy Ruiz’s family, friends and colleagues. RIP sir."

Glendale Police offered its condolences, saying, "We stand beside (MCSO) as they grieve the loss of their deputy. Sending prayers and condolences to fellow deputies and Deputy Ruiz’s family and friends."

The Department of Public Safety said, "During this tragic time of grief, we send our deepest condolences to the family and loved ones of Deputy Juan M. Ruiz and to the men and women of the Maricopa County Sheriff’s Office who lost a friend. Our thoughts and prayers are with you."

Flags at all state buildings will be lowered to half-staff on Oct.12 to honor Ruiz.