On the morning of Nov. 22, the girls' bodies were found inside a unit at Ten19 Apartments off Friendship Lane in Fredericksburg. Fredericksburg Police say the fire was reported at 5:10 a.m.&nbsp;

On the morning of Nov. 22, the girls' bodies were found inside a unit at Ten19 Apartments off Friendship Lane in Fredericksburg. Fredericksburg Police say the fire was reported at 5:10 a.m.

Lisa Trevino, the mother of Azalyia Hernandez, tells FOX 7 Austin police told her the girls were found inside a bedroom and that the fire started on a couch. 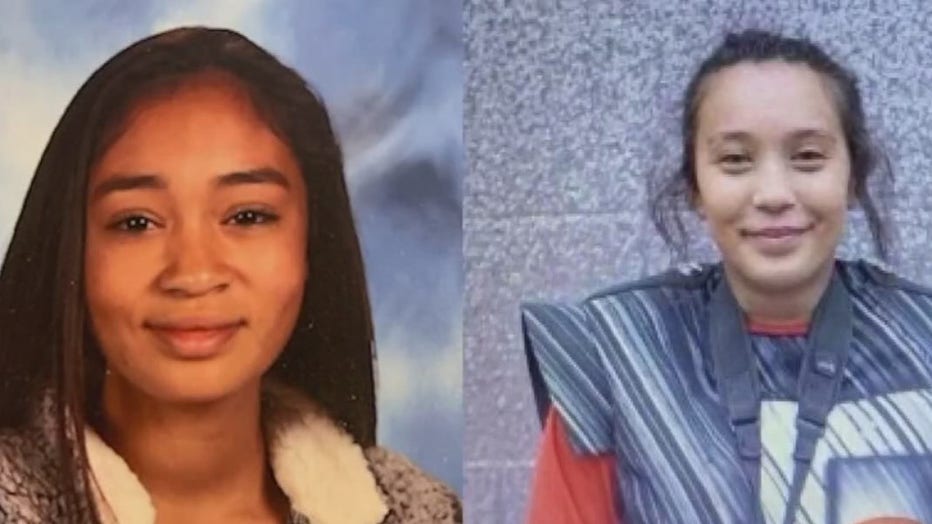 “The very first thing that they told us was that they found them nude and that there was foul play, and there was some suspects who had run from the apartment,” said Gary Sorola, Hernandez’s stepfather.

Fredericksburg Police preliminarily believe the girls died of smoke inhalation. As of Saturday, their autopsies were incomplete.

“When I heard it was a fire, I was like ‘I know Azalyia. Azalyia’s that type that she’s gonna make it one way or another.’' said Trevino.

The two friends were last seen together at a quinceanera on the evening of Nov. 21 at the American Legion Dance Hall in Fredericksburg. The Sorola-Trevino family attended the party. Trevino says Azalyia told her she and Ellie were having a sleepover after. Around 11:30 p.m. Azalyia sent her mother a photo of Ellie.

“I even told her to make good choices, be good and I told her that I love her, and she goes ‘mom, okay I will, I love you too. And that was the last thing I ever heard from her.’” said Trevino.

It remains unclear why the girls were at the apartment, though the Sorola-Trevino family and a Maurer family friend confirm the girls knew the son of the woman renting the unit.

The Maurer family provided FOX 7 Austin with this statement:

"We are shocked and devastated at the news of our daughter’s death. Ellie (Eliza) was a beautiful child. She loved playing basketball and volleyball. She had a spunky personality and was a social butterfly. Ellie was loved by her friends and family. We still cannot believe this happened.  We have been so blessed by the outpouring of support by friends, family and the community and we are incredibly thankful for that."

A family friend tells FOX 7 Austin Ellie hoped to become a lawyer. Azalyia’s family said she hoped to join the U.S. Air Force and work with K-9’s. She then wanted to become a nurse.

“She had a big heart,” said Trevino, adding that her daughter was in band, theater, mechanics and was an avid welder. "She was spontaneous and very funny, outspoken, feisty. She always spoke her mind. She never stayed quiet. If she had something to say she was gonna tell you.”

The Fredericksburg Police Department is asking anyone with information on who the two girls were seen associating with on the night of Nov. 21 to contact them.

"We do want justice for these girls. They didn’t deserve this," said Trevino.