TAMPA, Fla. - The moment their wheels touched down in Tampa Monday morning, Jose Silva knew his son’s spirits would be lifted.

"Being back in Florida is everything to him," he said. "He misses his friends, his family."

Desmon Silva has been hospitalized in Boston’s Massachusetts General Hospital since July after doctors say a COVID-19-related infection led to paralysis.

Today, the 23-year-old from Largo returned home via air ambulance.

"It has been long awaited and highly anticipated," Desmon said in a pre-recorded video shared by his family. 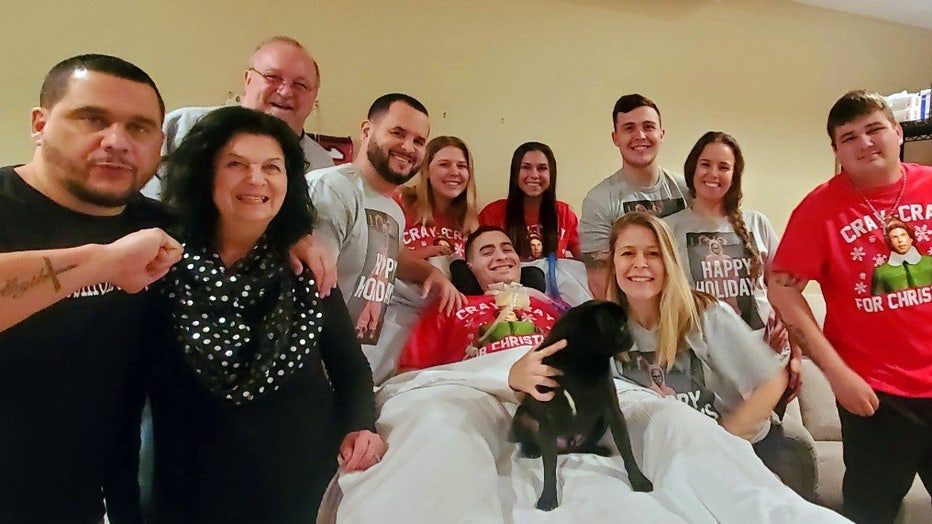 Though still on a ventilator and paralyzed from the neck down, Silva no longer needs a feeding tube. His family says they’re taking it day by day.

"You’re kind of helpless, in a way," said Jose.

"We really don’t know," said Lynette Silva, his stepmother. "It’s day by day. Recovery is a long road. We don’t really know what that looks like, or what the time frame is. We’ve got to get to the point where he’s getting more aggressive therapy and stabilization."

About two months before he was rushed to the hospital, Silva had a mild case of COVID-19, but doctors believe the virus weakened his immune system and he developed an infection known as AMED, or Acute Disseminated Encephalomyelitis, a disease that attacks the central nervous system.

They don’t know if he’ll ever walk again, and right now, he requires 24/7 care.

"We have to now look into getting a wheelchair van, because we have no way to transport him," Lynette said. "But the therapy equipment he’s going to need, and the long-term care he’ll need going forward.

Despite it all, his stepmother says, he’s kept a positive mindset.

"He still laughs and jokes every day," she said. "He’s giving us a hard time every day. Which is good, it keeps us on our toes, and keeps us laughing."

"To see him smiling and joking, actually gives us strength to keep moving forward," Jose added.

Laughter and sunshine: Some call it the best medicine.