Breonna Taylor, a 26-year-old aspiring nurse, was killed on March 13 after being shot eight times by Louisville police officers.

The family of an EMT who was asleep in her Kentucky apartment when police executed a search warrant the family claims was at the wrong address has filed a lawsuit accusing officers of firing more than 20 shots into Breonna Taylor's home.

The 26-year-old aspiring nurse was killed on March 13 after being shot eight times by Louisville police officers.

Her mother, Tamika Palmer, said she filed the lawsuit to get justice for her daughter.

"I want them to say her name," she told The Washington Post. "There's no reason Breonna should be dead at all."

According to court documents, the officers executed a drug warrant at Taylor's home, searching for a male suspect who didn't live in her apartment complex and had already been detained by authorities when the police officers stormed in.

Taylor's boyfriend, Kenneth Walker, was also inside the apartment and shot at officers when they attempted to enter without announcing who they were and why they were there. 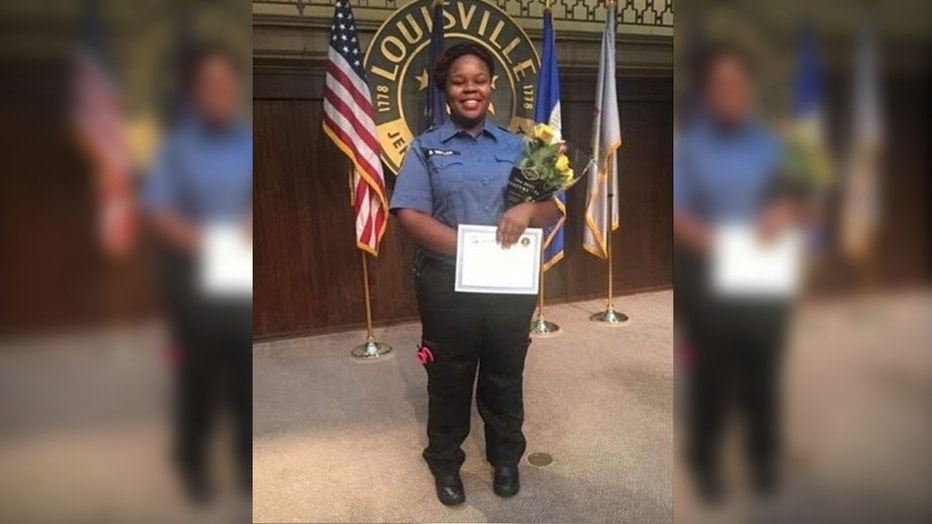 The lawsuit claims more than 20 rounds were fired into Taylor's apartment.

None of the police officers involved have been charged in connection with the shooting.

Walker, a licensed gun owner who was not injured in the shooting, was arrested and faces charges of first-degree assault and attempted murder of a police officer.

His defense attorney said in court filings that Walker fired in self-defense because he thought the officers were trying to break in.

Palmer said she first heard about the incident after getting a frantic call from Walker who said he thought Taylor had been shot. When she arrived at the scene, the officers there had given her very little information and asked whether her daughter had any enemies or if she and Walker were having problems, Palmer said.

Palmer said she worried about Taylor's health during the coronavirus outbreak because she was a first responder.

"She was an essential worker. She had to go to work," Palmer said. "She didn't have a problem with that. ... To not be able to sleep in her own bed without someone busting down her door and taking her life. ... I was just like, 'Make sure you wash your hands!'"

Crump has represented the families of other high-profile black shooting victims including Trayvon Martin and, more recently, Ahmaud Arbery, who was shot while jogging down a residential street in Georgia.

When asked about the shooting, Louisville Metro Police Department spokeswoman Jessie Halladay told Fox News that she was prohibited from commenting on an ongoing internal investigation.