Family remembers man who died while volunteering during winter storm

Many people lost power or water during the February winter storm, but a Hutto woman lost her husband who had been volunteering to help with repairs.

AUSTIN, Texas - It's been three months since Texas dealt with severe winter storms. Many people lost power or water during that storm, but a Hutto woman lost her husband.

"I miss the sound of his voice. I miss his laugh. I miss the way he used to hug me and the kids," said Andrea Fisher.

Andrea and her husband Austin Fisher had been together since she was 17 years old. They have 3 sons together. She says Austin was her person.

"He was goofy. He was a big kid at heart. He loved to play pranks and to tell jokes and he just loved to have fun," said Andrea. 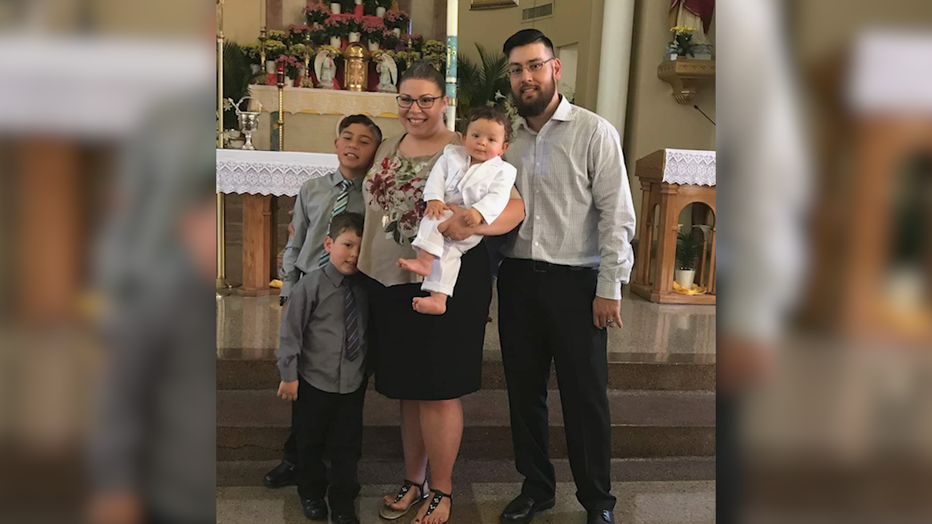 It's been three months since Texas dealt with severe winter storms. Many people lost power or water during that storm, but a Hutto woman lost her husband.

Not only was he funny, but Andrea says her husband's heart was made of gold. "He was always willing to help anybody who needed it and that's the biggest takeaway I want people to know is that he was a giver in every sense of the word."

During the winter storm, the Fisher family lost power at their home in Hutto and decided to stay with friends in Round Rock. While there, Austin offered to help his friend, a plumber, who was swamped with calls due to the storm.

"I didn't even think twice of it because that's just what he did," said Andrea.

Texans are sharing their opinions on the way state leaders handled February's winter storm. Dr. Jim Henson with the Texas Politics Project at the University of Texas talks about the findings.

It was while Austin was out helping with repairs when Andrea got the call that there had been an accident. Austin had fallen off a ladder causing a skull fracture. He was taken to the hospital where doctors immediately performed surgery.

"Over the next couple of days, the swelling was getting worse, so they had to do two more surgeries and remove both sides of his skull to help release the pressure," said Andrea.

After those surgeries, Austin began improving and doctors planned to move him to neuro rehab. A day later, Austin had another, more severe brain bleed that damaged three-quarters of his brain.

"They were trying to do whatever they could to keep them alive. I had to make the decision to tell them to stop because it wasn't going to save him and Austin would want those that blood and medicine to go to somebody who was going to make it," said Andrea.

Austin food blogger Jane Ko joined with a number of restaurants like Southside Flying Pizza to provide more than 30,000 meals for Austin-area residents left with no food and no power during the winter storm.

Andrea says the hardest part was telling her sons. "To look at my kids and tell them their dad is never coming home, it was horrible."

She says because her sons are only 13, 7, and 3 years old, they don't really understand that their father is gone. "My 3-year-old doesn't understand. He still, every night, is asking for dad. For a little bit, my 7-year-old thought that it was okay because ‘dad can come back as a vampire or zombie’ because he doesn't get that it's not real, and I think that even my 13-year-old is just now realizing how permanent death is," said Andrea.

She says it's important to keep Austin's memory alive and remind her kids what a great person their dad was.

"The biggest goal that we all have is just to make sure that the kids turn out the way Austin would want them to. Somebody who is caring and would help anybody," said Andrea.

A friend of the Fisher family set up a GoFundMe to help the family. To donate, click here.