Farmer: This Thanksgiving, ‘smaller (turkeys) are going to go 1st’

The coronavirus pandemic is halting traditional Thanksgiving plans for millions of Americans, and the push for smaller gatherings calls for smaller turkeys.

MILWAUKEE - The coronavirus pandemic is halting traditional Thanksgiving plans for millions of Americans, and the push for smaller gatherings calls for smaller turkeys.

At Old Glory Farm in Elkhorn Monday, Nov. 16, there was a whole lot of chatter, with turkeys trotting and keeping curious just days from Thanksgiving. 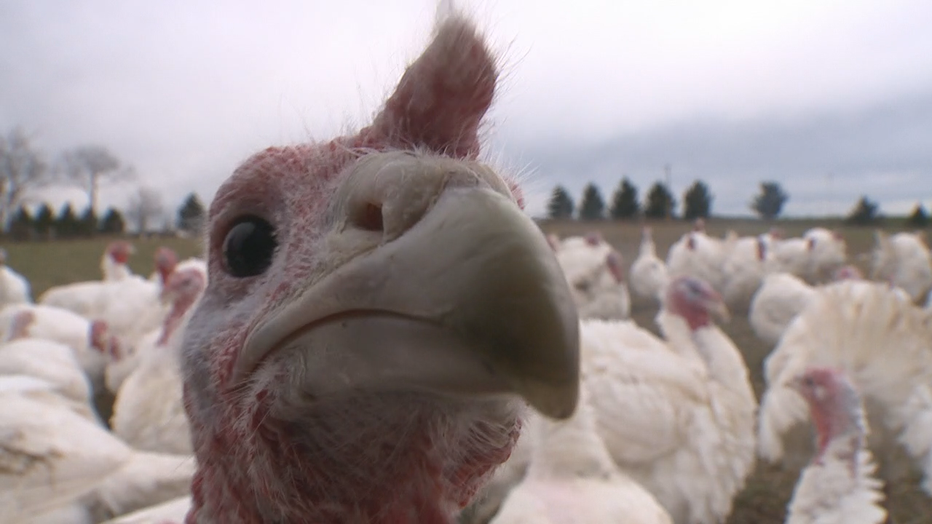 Those turkeys will be prepared for Thanksgiving dinner.

Kyle and Deanna Scott own the turkey farm and said buyers aren’t necessarily focused on the big birds in 2020, especially with fewer guests expected around the table due to the pandemic.

"There’s going to be smaller family gatherings, and people maybe don’t want as big of bird -- don’t want to have tons of leftovers," said Scott.

The Scotts ordered the turkeys a couple weeks later than usual so they would be smaller come Thanksgiving.

"The hens are always smaller than the toms are," said Deanna Scott.

At Tower Chicken Farm in Milwaukee, workers are preparing for busy business.

"Crazy," said Greg Schmidt. "There will be a whole lot of people coming."

Schmidt made his meat order in early March. He said he’s not certain what turkeys his customers will be eyeing when they start placing walk-in orders. "You can anticipate because of the smaller gatherings that the smaller ones are going to go first," said Schmidt.

Schmidt hopes to sell plenty of large turkeys, too.

"I do believe sales are going to be just fine this year," said Schmidt.