After a post to social media, Chris Cybell and his daughter, Nora, showed up Sunday, tasked with collecting them

TOWN OF WEST BEND, Wis. - A Town of West Bend couple found themselves playing host to thousands of honeybees in their backyard during Labor Day weekend, and thankfully, a pair of beekeepers came to the rescue.

"It was unbelievable," said Lori Radloff.

"We've been talking about it since it happened," said Geoff Radloff. 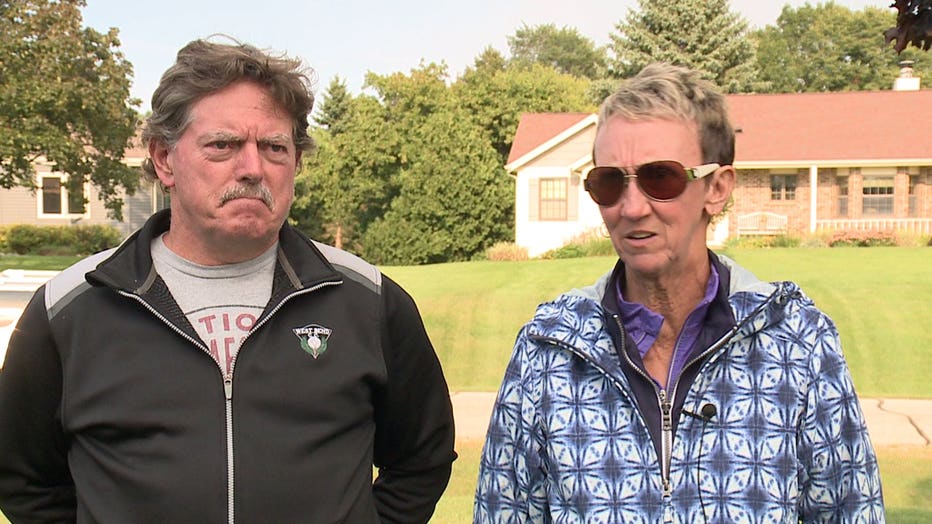 Radloff and her husband, Geoff, were ticking off their honey-do list Saturday, Sept. 5 when Lori saw a cloud in the backyard.

"It looked like locusts descending on our property," said Lori. 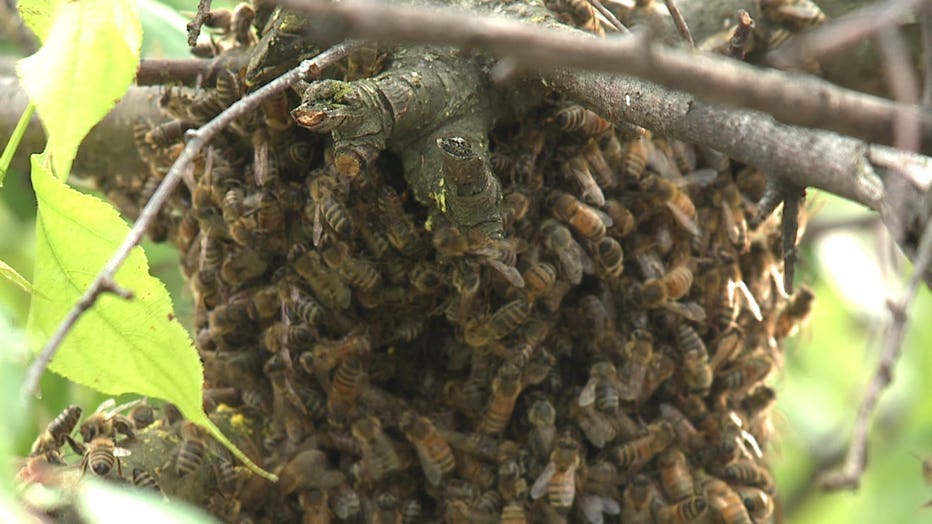 Or so they thought...

"I see a big, shadowy thing in a small, decorative tree we have, and it was a swarm of bees probably 18 inches high by at least a foot deep," said Lori. 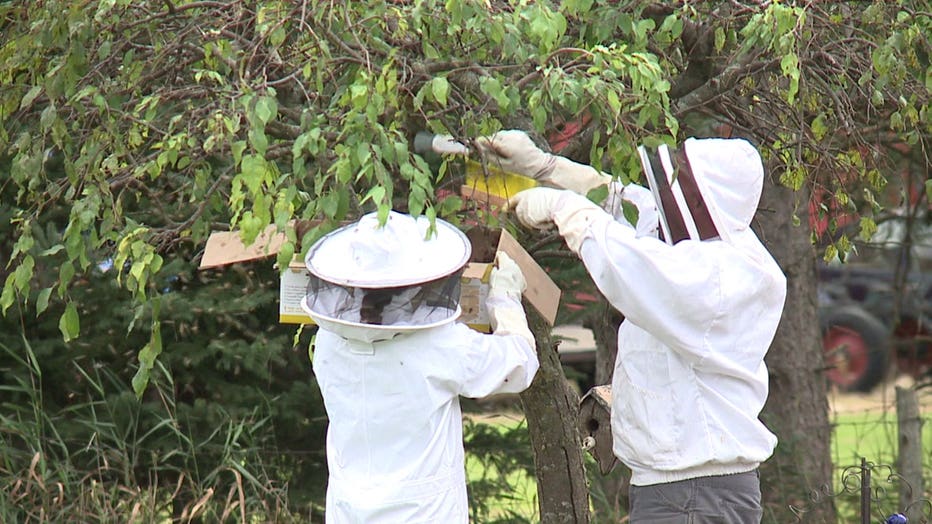 Chris Cybell and his daughter, Nora

With a couple hives of their own, they have some experience taking care of the honey-making machines.

"This was nice, low-hanging fruit, as they say," said Cybell. 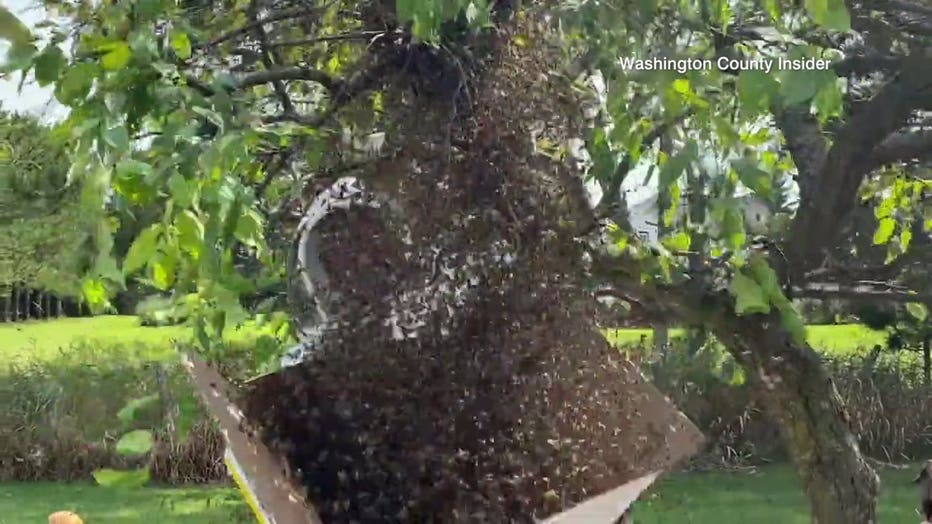 They knocked roughly 35,000 bees loose from the tree, into a box and repeat the process -- hoping to sweep up the queen so the others would follow. Cybell said the likely wild honeybees split from their hive, which can be for a number of reasons.

"You don't see splits as often late in the year, or swarms when they leave a hive, but it does happen," said Cybell. 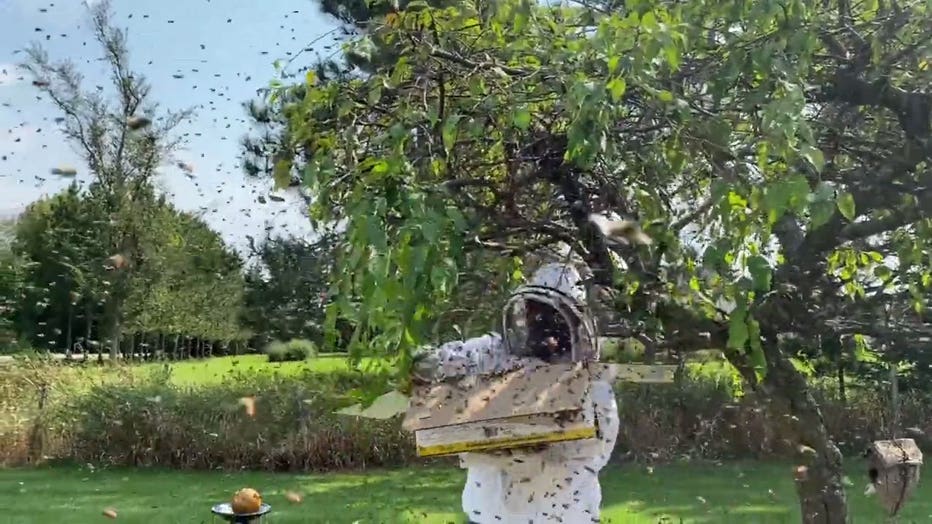 The pair, who recently harvested honey from their hives, returned Monday to collect any stragglers that remained. With the bulk of the bees boxed up, they said the plan is to bulk them up for winter, to add to their bees' honey they're already bottling.

The Radloffs said the events are sticking with them.

"Just incredible when he shook that tree and they all fell in that box. It was just like pouring a bucket out -- boom," said Geoff. 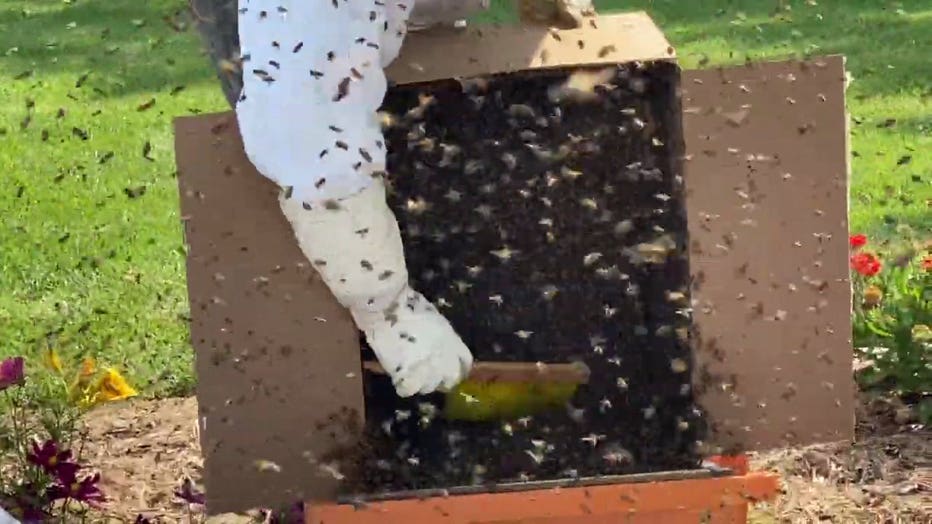 One thing's for certain -- the property has one queen.