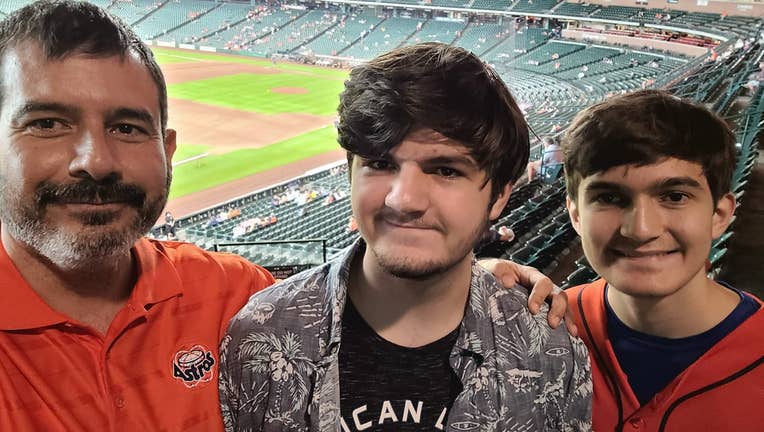 HOUSTON - This Astros postseason is extra meaningful for one Houston family.

"I want the Astros to win and go all the way," said Paul Castro. "I would be so happy, but the minute that’s over, I’ll look to my right and my son won’t be there."

Paul Castro says his son was a massive Astros fan. They loved wearing their Astros gear and going to games together as a family.

"He loved the Astros," said Castro. "The last night we had together was at an Astros game. It was a phenomenal night. We had good seats."

Castro’s son, 17-year-old David Castro, was shot and killed that night in July as they were leaving an Astros game. Paul had been driving them home from Minute Maid Park, when police say a gunman shot at them because of road rage.

In August, Gerald Wayne Williams was arrested for the shooting. However, Williams posted bond in September and was released from jail.

"It’s painful knowing that David is dead and sitting in a box [while] this guy is out, and has two armed robberies on his history," said Castro. "He’s a child killer and he’s on the loose in our community."

According to Castro, he’s closely watching the Astros but extremely focused on Texas House Bill 166. The legislation would partially fund three courts and is designed to cut down on a backlogged court system.

"It’s of minimal costs," said Castro. "It will take people like my son’s killer and put them on trial far faster than he would otherwise come."

MORE: Exclusive interview with the man charged with murdering 17-year-old after the Astros game

Castro says every Astros win is a bittersweet distraction from what has been an awful year for their family.

"It’s a lot of fun," said Castro. "[It’s] just painful not to be able to share that experience with David."