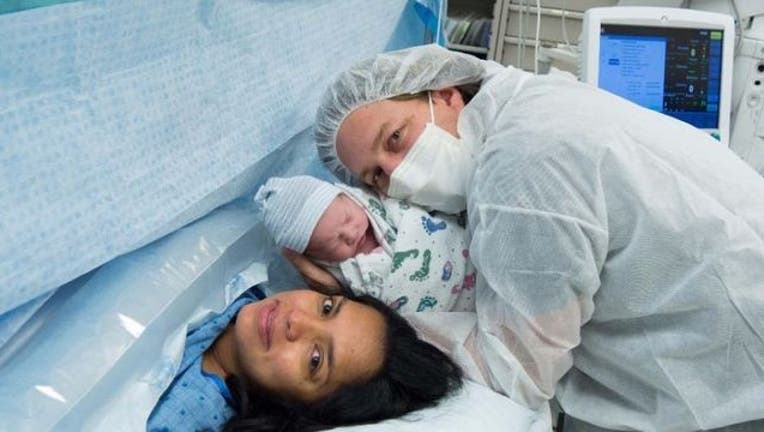 Ryan Grassley and his family | GoFundMe

FOX NEWS - A new Utah father said Tuesday a hospital charged him to hold his baby after his wife gave birth last month.

Ryan Grassley shared a photo of his hospital bill on Reddit, according to Fox 13 Now. The bill showed that Grassley was charged $39.95 for “skin to skin” contact. The photo has been viewed more than 3 million times in the last day.

The nurse let me hold the baby on my wife's neck/chest,” he wrote on the website. “Even borrowed my camera to take a few pictures for us. Everyone involved in the process was great, and we had a positive experience. We just got a chuckle out of seeing that on the bill.”

Grassley, of Spanish Fork, told PIX11 that he thought it was “funny and a bit ridiculous” and decided to share it on Reddit. He even started a GoFundMe to raise $39 to pay for the charge. He added that the money would go to a vasectomy “because I never want to go (through) these sleepless new baby nights again."