Vaccine expert on differences between Johnson & Johnson and Pfizer, Moderna

Dr. Williams Moss, an epidemiologist and executive director of the International Vaccine Access Center at Johns Hopkins, shares the science behind adenovirus vs. mRNA vaccines.

Dr. Anthony Fauci is urging Americans to get any one of the three COVID-19 vaccines that have been given FDA approval thus far in the U.S. once it’s available to them.

The longtime director of the National Institute of Allergies and Infectious Diseases said all three vaccines are "highly efficacious" during an interview with "Meet the Press’" Chuck Schumer on Feb. 28.

"First of all, you now have three highly efficacious vaccines, for sure, there’s no doubt about that, and particularly, the recent results from J&J. If you look at the efficacy against severe disease, greater than 85%, and there have been no hospitalizations or deaths in multiple countries, even in countries that have the variant," Fauci said. 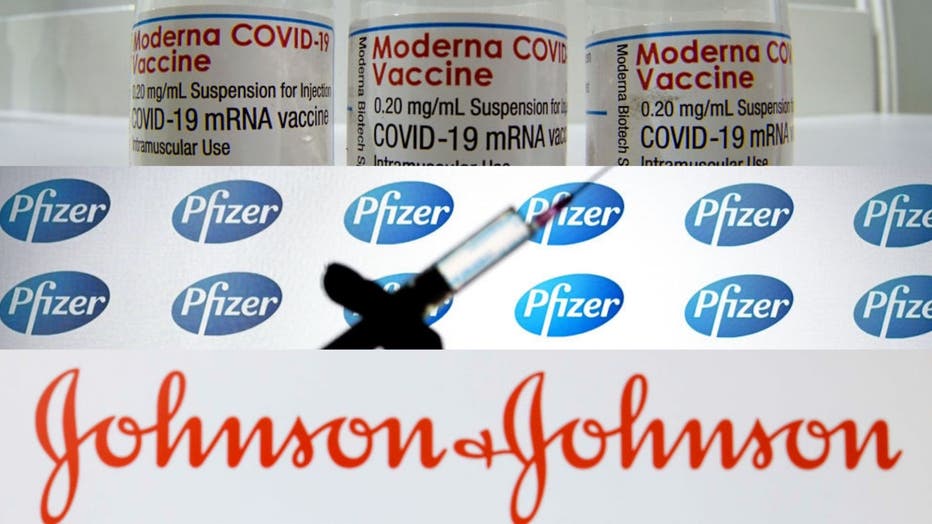 RELATED: WHO official says it’s ‘premature,’ ‘unrealistic’ to think COVID-19 pandemic will be over by end of year

"So, be careful when you try to parse these, this percent versus that. The only way you know one versus the other, if you compare them head-to-head, and they were not compared head-to-head," Fauci said.

Fauci urged everyone to get whichever vaccine is available in their area.

RELATED: ‘The virus is not done with us’: CDC director says new variants of COVID-19 could stall progress in US

"All three of them are really quite good and people should take the one that’s most available to them. If you go to a place and you have J&J and that’s the one that’s available now, I would take it. I personally would do the same thing. I think people need to get vaccinated as quickly and as expeditiously as possible and if I were to go to a place where they had J&J, I would have no hesitancy whatsoever to take it," Fauci added.

White House press secretary Jen Psaki announced Tuesday that the federal government was increasing the supply of vaccines to states next week to 15.2 million doses per week, up from 14.5 million previously. States will also receive 2.8 million doses of the J&J shot this week.

Compared to the two-dose versions produced by Moderna and Pfizer, the J&J vaccine requires fewer resources to distribute and administer. The J&J vaccine can be stored for months at refrigerated temperatures, rather than frozen, and doesn't require patients to return for a second dose three or four weeks later.

As cases and hospitalizations slowly decline and optimism rises within states, health experts are still warning the nation to not get too comfortable.

A senior World Health Organization official said Monday it was "premature" and "unrealistic" to think the pandemic might be stopped by the end of the year, but that the recent arrival of effective vaccines could at least help dramatically reduce hospitalizations and death.

The world’s singular focus right now should be to keep the transmission of COVID-19 as low as possible, said Dr. Michael Ryan, director of WHO's emergencies program.

"If we’re smart, we can finish with the hospitalizations and the deaths and the tragedy associated with this pandemic" by the end of the year, he said at the media briefing.

Ryan said WHO was reassured by emerging data that many of the licensed vaccines appear to be helping curb the virus' explosive spread.

"If the vaccines begin to impact not only on death and not only on hospitalization, but have a significant impact on transmission dynamics and transmission risk, then I believe we will accelerate toward controlling this pandemic."

But Ryan warned against complacency, saying that nothing was guaranteed in an evolving epidemic.

"Right now the virus is very much in control," he said.