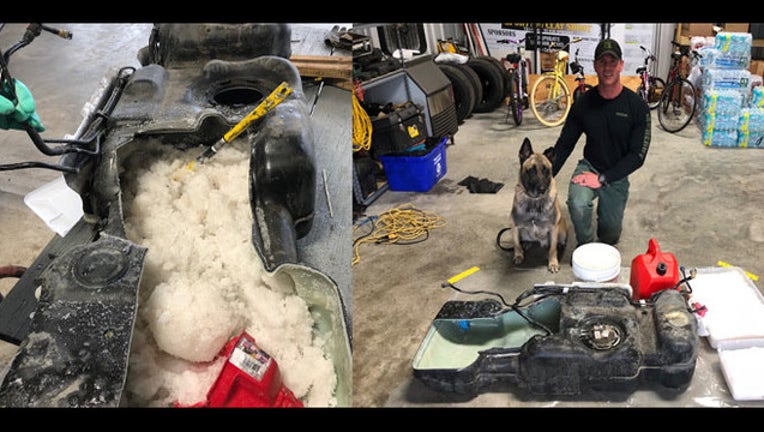 FAYETTE COUNTY, Texas - The Fayette County Sheriff’s arrested two men after discovering $6 million worth of meth during a traffic stop.

On Monday around 2 p.m.  Sgt. Randy Thumann and K-9 partner Lobos initiated a routine traffic stop on IH-10 near 658-mile marker on a 2007 Tahoe Chevrolet.

According to Sgt. Thumann the driver and his passengers story didn’t add up, prompting Sgt.Thumann to ask for consent to do a vehicle search.

During the search Sgt.Thumann deployed his K-9 Lobos who immediately detected narcotics in the Tahoe.

After conducting a thorough investigation of the Tahoe Sgt. Thumann said the gas tank on the Tahoe dropped revealing a false compartment built inside which contained around 60 kilos of liquid meth oil with an estimated street value of $6 million.

According to Fayette County Sheriff’s both men were from Mexico, and were charged with Possession of a Controlled Substance.