What seemed like the trip of a lifetime turned into a living nightmare for one Washington family.

VANCOUVER, Wash. - It was fall 2019 when a little girl we’re calling Jane got an offer from her paternal grandmother that seemed to be the opportunity of a lifetime: to come stay with her on the tropical island of Palau, where Jane’s father is from originally.

Jane’s grandmother told the family it would be an amazing opportunity for her granddaughter to learn about her family’s culture. It was a tough decision for her parents. Jane was just 9 years old.

But they thought it would be wonderful for her to get a chance to bond with her grandmother and other relatives, and eventually said OK.

"It was very hard to say goodbye to her. But in my heart I thought it was going to be a good idea," says Jane’s mother Chanel Sasao.

So off Jane went, from Vancouver, Washington, to the other side of the world.

"She at one point was telling us she didn’t want to come home until she was 18," says Jane’s mother.

Initially, everything was great. Jane was learning a new language and spending lots of time at the beach.

And just as it was nearing time for Jane to return home to Washington, a global pandemic hit.

"She was begging to come home, she was crying, ‘I really want to come,’ and there was nothing I could do because of COVID and she didn’t understand that." 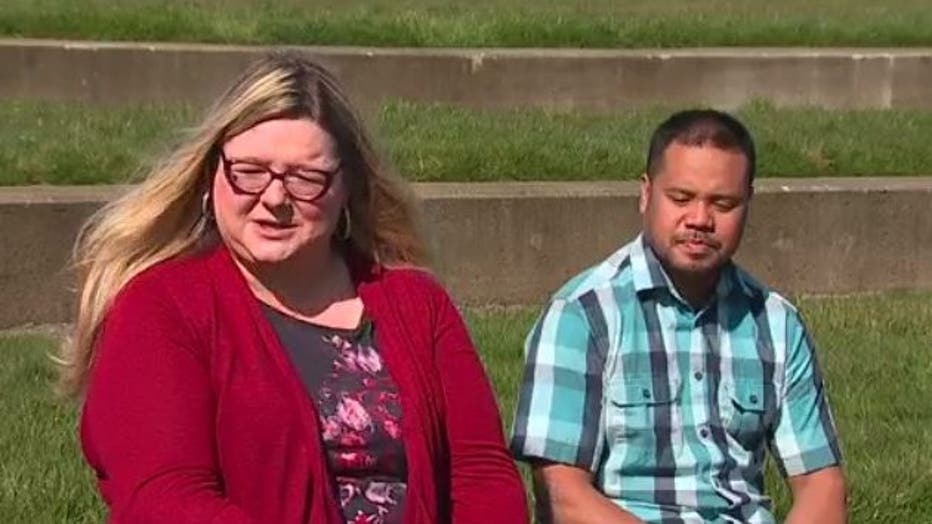 The island of Palau, with a population of under 18,000 people, has never had a COVID case.

But as the virus ravaged through the rest of the world, things seemed to shift in Jane’s world. Suddenly, Jane’s parents could hardly ever get ahold of her.

"It was always, she was grounded from her devices, she can’t talk to us because she was in trouble. But I didn’t understand how you could be grounded from talking to your parents."

Jane’s mother says the extreme time difference didn’t help. She and her husband would have to stay up until 2 a.m. to be able to speak with her daughter, so calls here were never easy to arrange.

But suddenly it seemed near impossible. And when they could finally reach her, "she could never talk to us without somebody being there, and her voice was very monotone."

"At that time I felt that something was not right. I’m a mom and it's that mom instinct."

The red flags didn’t stop there.

After that it got even harder to get in touch with their daughter. It was a complex, strange feeling: worrying about their daughter even though she was with family they trusted deeply.

Then came the news that changed everything: Jane’s grandmother was arrested for allegedly severely abusing the girl.

"Supposedly the neighbor called and she got arrested because she'd seen what she had done to my daughter."

Jane’s mother vividly remembers the moment she saw her daughter on Facetime soon after getting the news.

"When I saw her I just, I fell down to the floor. I was hyperventilating, I was crying. Her whole face was covered. She had a bruise on her eye and she beat her so bad the little vessels in her eye were popped. And I was just like, God, I’ve got to get her home."

Family would later learn just how bad the abuse was.

"Sometimes they would tell her she’s never going to go home."

Jane’s mother says some of it was psychological, like withholding sleep from the girl and locking her outside during rain storms.

"I felt like the worst dad ever," says Jane’s father, Manfree Sasao.

For him, learning his own mother had been abusing his child is simply indescribable.

"It was really painful. I’m still working through it."

They wanted their daughter home more than ever, but felt completely helpless.

The flight from Washington to Palau that takes an average of nearly 23 hours was pretty much non-existent. Finally, after months of trying, Jane’s uncle was able to fly into Guam, the closest he was able to get to Palau as an American due to COVID.

Jane was supposed to fly from Palau to meet him there, but it turned out her relatives had other plans.

"She never got to the airport. At that moment, I really didn’t know what to do. My brother-in-law is a phenomenal man. He told me to contact the FBI."

"When we first started on the case we realized there was a lot of obstacles," says Special Agent Will Brooks.

The FBI dove right in. Jane was an American citizen now being held against her will in a foreign country.

But even they couldn’t get a flight into Palau due to the pandemic.

"It was definitely a unique challenge I don’t think anyone has dealt with before," Brooks says. 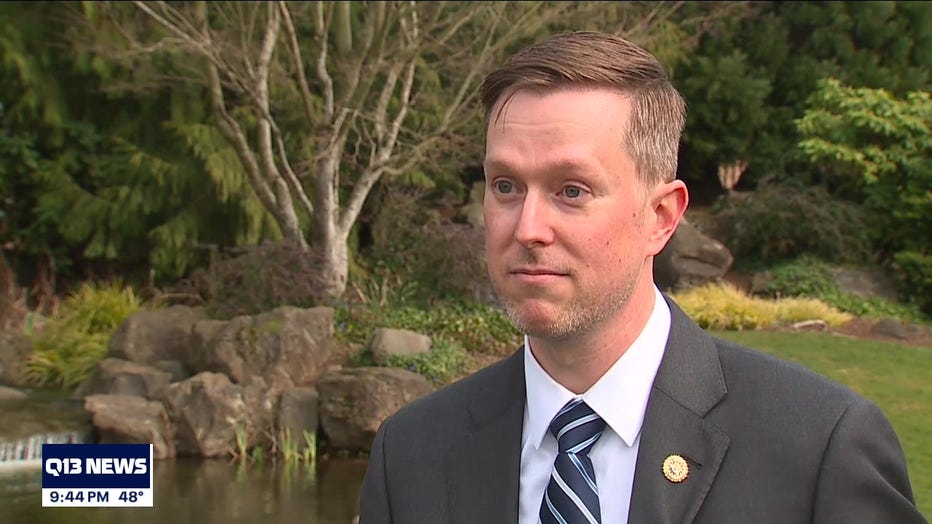 Using his Navy background, Brooks decided to get creative and ask the military for help. After 20 days of nonstop work, help from numerous agencies and the Palau government, finally the military and FBI agents were set to fly into Palau.

They were told they wouldn’t be allowed to step off the tarmac, but the government said little Jane would be handed over.

"Miracles happen, and I knew this was a miracle," says Jane’s mother.

Finally, after a year, Jane was home.

"When I saw her I just started crying, it almost felt like it wasn’t real. When I gave her a hug I didn’t want to let go. I’m never going to let her go ever again."

Her parents say bringing her home that day was comparable to the joy of when they brought her home from the hospital after she was born.

But it wasn’t all happy. Jane, now 10 years old, was severely traumatized. 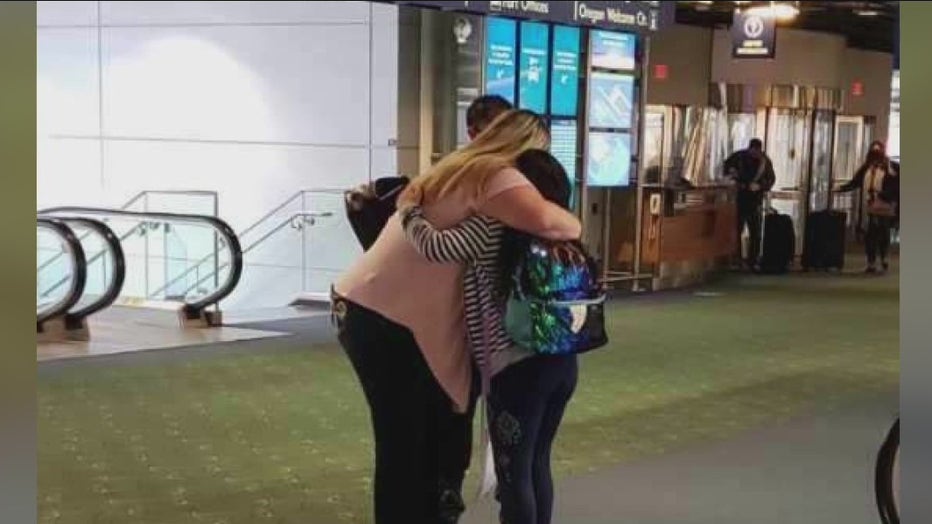 It’s been a few months now, and Jane is in therapy and doing better. The family is working on healing.

They haven’t spoken to their family in Palau.

"I don’t have anything to say to them right now," Jane's mother says.

For her father, it’s incredibly complex and painful. But the thought of even considering talking to his family right now isn’t his focus.

"I want to know my daughter's going to be OK first."

It’s still raw for all them. Nevertheless, they try to focus on the good, like the compassion the FBI agents showed them and their daughter.

Jane still has gifts and toys agents greeted her with when she was rescued.

"For us, it’s personal. It was definitely emotional," says Agent Brooks. "It doesn’t matter who you are, what your background is or where you’re from, this is what the FBI would do for anybody."

Jane’s parents say they still can’t find the words to thank them.

"I just can’t thank them enough. Still to this day I just cannot believe they were able to get her home so fast, and right before the holidays," says Jane’s mother.

Jane’s father says he hopes the agents know how much they mean to his family.

"I am truly grateful for their efforts and their sacrifices to get my daughter home."