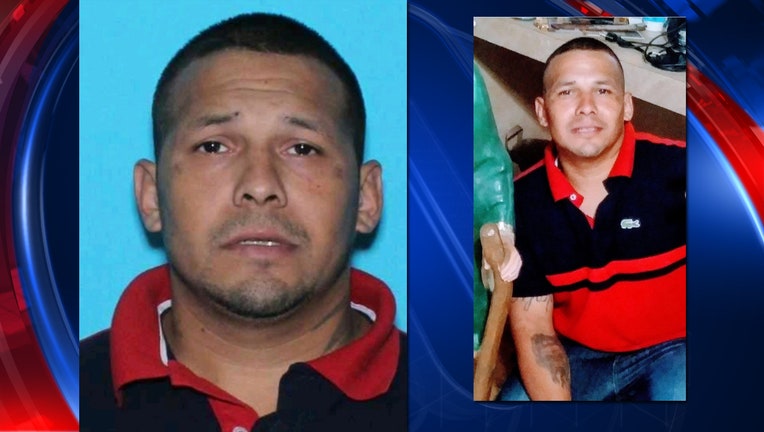 LAREDO, Texas - The FBI is asking for the public's assistance in locating a missing man from Laredo, Texas.

32-year-old Hector Dominguez was last seen walking on foot from his residence in South Laredo late at night on September 23, 2018, according to the Federal Bureau of Investigation San Antonio Division. He called a family member around 1:45 a.m. on September 24, 2018 to say he was on his way home but never arrived. During their investigation, agents found evidence that Dominguez had been in Nuevo Laredo in the state of Tamaulipas, Mexico before his disappearance.

Dominguez is 5’ 4” in height, approximately 160 pounds and has short black hair and brown eyes. He has multiple tattoos, including the name “Maria” on the back of his neck and “Papi Chulo” on the left side of his neck. He also has a large tattoo of clowns on his left arm, the name “Jackie” on his right hand, the name “Hector” and the number seven on his left leg.

He was last seen wearing a red and white polo shirt, jeans and tennis shoes.

Dominguez, who is a U.S. citizen, is a predominately Spanish speaker.

After his disappearance, the family of Hector Dominguez received ransom demands for money from individuals in Mexico but the family was unable to meet those demands, as the amount exceeded their financial means, according to the FBI.

The public is urged to call FBI San Antonio Division at 210-225-6741 with any information.

Tips can also be submitted online at https://tips.fbi.gov. Individuals who provide information may remain anonymous.